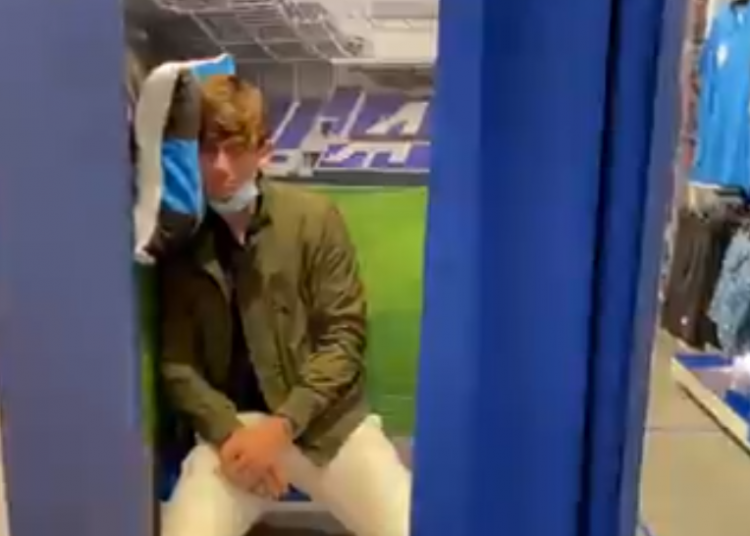 Atalanta midfielder, Marten de Roon has posted a video of himself on social media after failing to sell a single club shirt in what appears to be a comical, self-deprecating gesture by the player.

The video was shot in Atalanta’s club shop where the club’s products are up for sale and it opens with the 30-year-old promising that he will buy and sign the first three ‘de Roon’ shirts that are purchased by fans.

It would, however, appear that he is not the most popular figure in the eyes of the Atalanta fanbase, with nobody showing up to take advantage of his kind offer.

The Dutchman ended up playing cards, drinking tea and even sleeping, waiting for at least one faithful fanatic of his to show up and purchase a club jersey with his name behind it.

The video concludes with a member of staff at the shop telling de Roon that it’s 7:30pm and that it’s time to close the shop, much to the former Middlesbrough man’s disappointment.

I bet Messi never has to deal with this. pic.twitter.com/W4uG6YPP1h

We have not agreed to pay Rajevac $45k salary - Sports Ministry