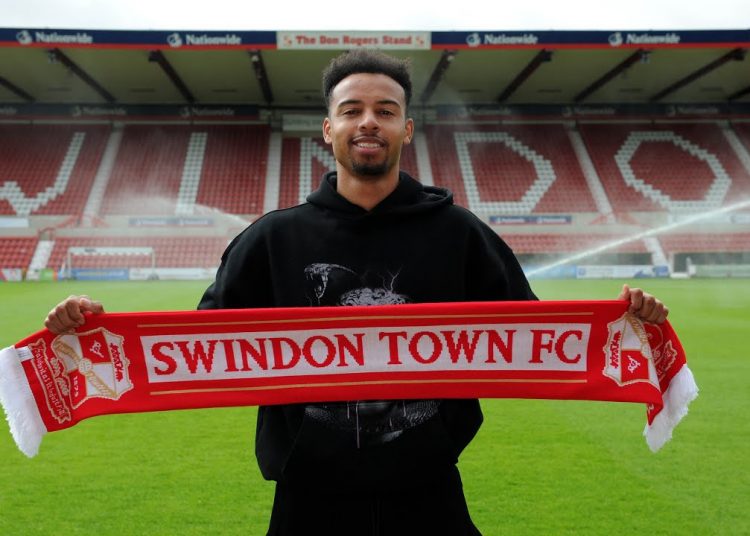 The 25 year old has been impressive for Swindon since turning his 7-day emergency loan deal in February 2021 to a one year permanent deal in June 2021.

Since the start of the League Two season, Wollacott has kept the post in all nine games so far, keeping four clean sheets in the process (against Colchester, Stevenage, Salford City and Tranmere Rovers) .

He has however conceded 7 goals in those nine games.

According to Swindon fan, Scot Munroe, Wollacott’s biggest strength is “his commanding of the area; his shot stopping is strong too. To be honest, I haven’t seen any weaknesses so far”.

Hi Nathan, biggest strength is his commanding of the area. Shot stopping is strong. I haven’t seen much weaknesses so far. Been our best player so far this season

Wollacot only made his professional debut in August 2019, saving a penalty as he kept a clean sheet in a 0–0 draw with Charlton Athletic in the EFL Cup, before going on to finish on the winning side in the penalty shoot-out.

Wollacott has made the most saves in League Two with a save percentage of 84.6% and has played the most minutes in the league with 810 minutes.

He, alongside the returning Danlad Ibrahim, is expected to provide stiff competition for first choice goalkeeper Richard Ofori whose recent performances have been shaky in Ghana colors.

Ghana take on Zimbabwe on October 9 at the Cape Coast stadium before traveling to Harare for the reverse fixture three days later in Harare.

See Jojo Wollacott pull off a wonderful save below:

Jojo Wollacott is a new name in the Black Stars archives.

And one crazy save 👇