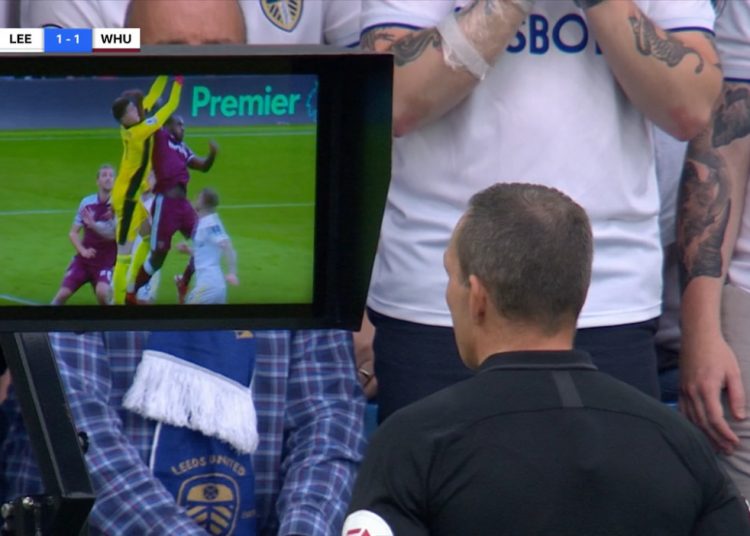 VAR is one of the contentious issues in world football. It was introduced to reduce the amount of human error involved in refereeing. Despite complaints from fans about the delays and the mistakes, it is here to stay.

In this new column, I will try and break down a few decisions from the weekend’s Premier League games to help fans gain a better understanding of the system and the game.

Before we get into the meat of the issue however, we must cover two important basis when and how is VAR used and what changes have been made to the laws of the game since last season.

Under Law 5 section 4,  VAR is to be used for very specific situations namely:

And it will only intervene in the case of a clear and obvious error. This is very important because it means mistakes can still happen but they must be very obvious. So marginal and subjective decisions will not be overturned.

Next important point; there has been a clarification on the existing handball rules. You might recall early last season there was a spate of penalties involving hand balls in which almost every instance of a ball hitting the hand was awarded a penalty. This was due to a misunderstanding of the new rules which have been clarified.

and that accidental handballs in the build up to a goal will not.

Now that we have cleared up the theory we can focus on a few incidents on the weekend. 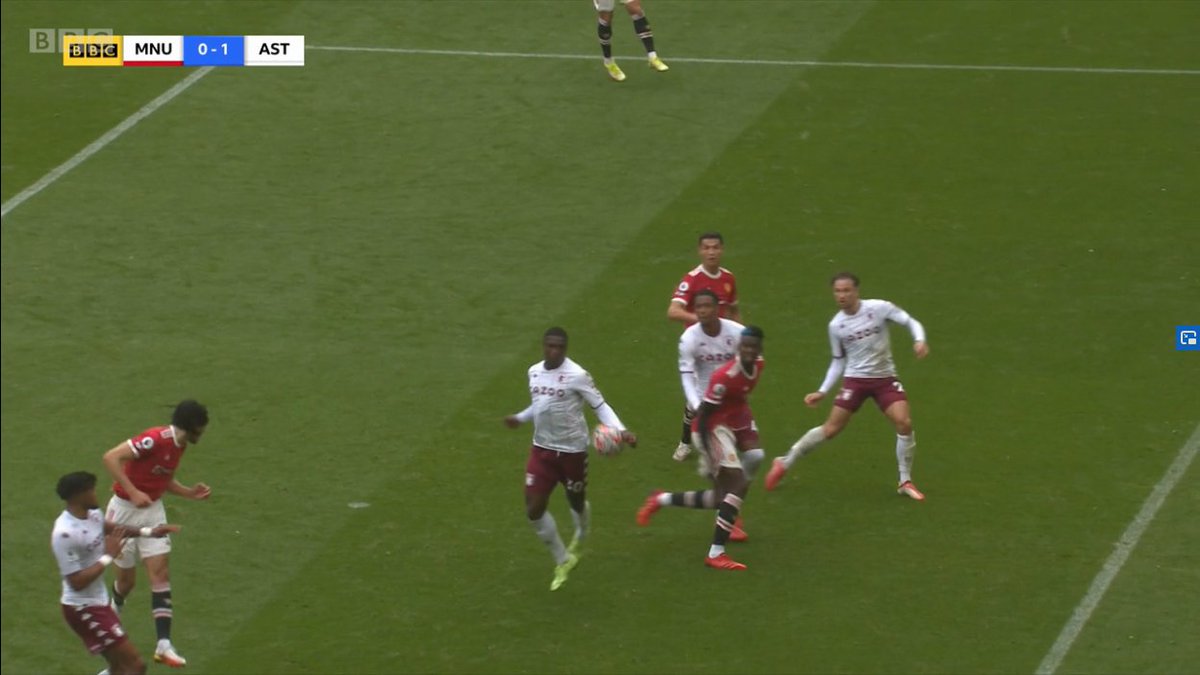 Therefore, because Hause’s arm is extended he is penalized, it is clearly not deliberate but by his arm being extended he now has entered the liability zone. One might argue he needs his arms for balance but as per the earlier clarifications his “is clearly extended away from the body (to create a bigger barrier)” so Dean Smith’s assertion the penalty was harsh is probably wrong.

The incident: Ashely Barnes flicks the ball on and Chris Wood heads home. Wood’s foot is clearly ahead of the line. 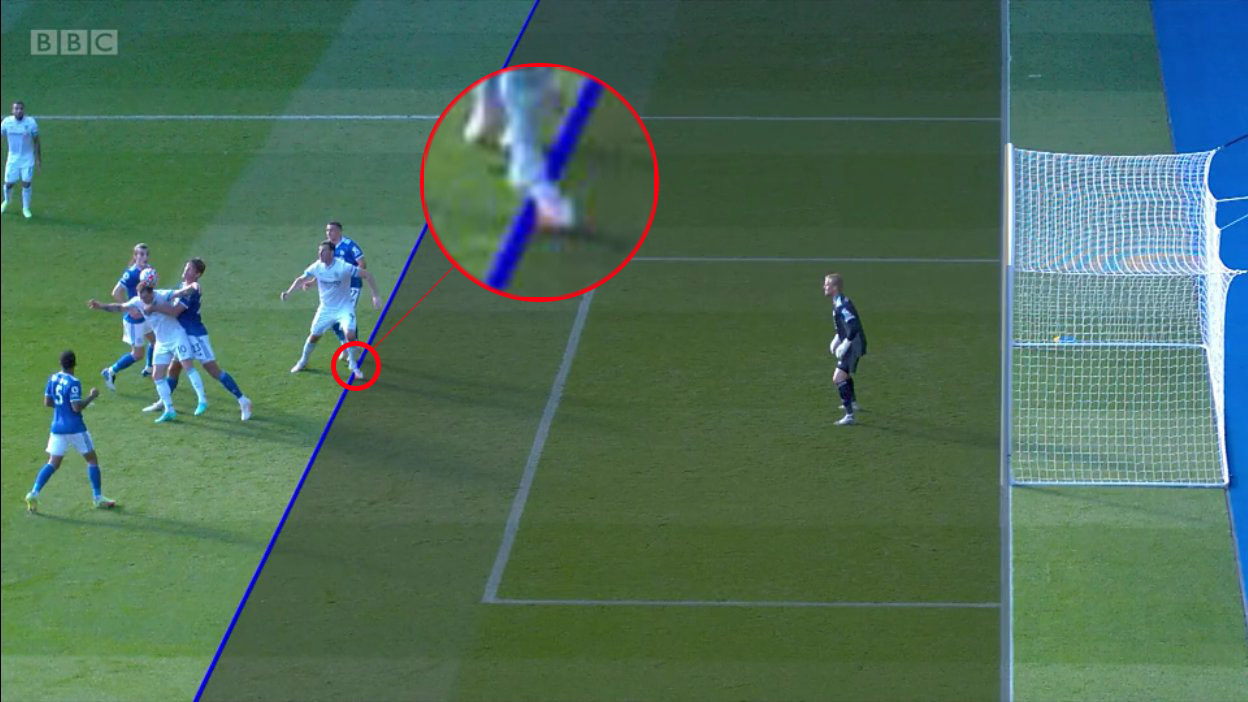 This is a good time to review the offside law under Law 11 Section 1 “any part of the head, body or feet is nearer to the opponents’ goal line than both the ball and the second-last opponent”

Wood’s foot is clearly ahead and that means that the goal was correctly disallowed. Though it was only half of Wood’s body. However it is important to note “The hands and arms of all players, including the goalkeepers, are not considered. For the purposes of determining offside, the upper boundary of the arm is in line with the bottom of the armpit.” 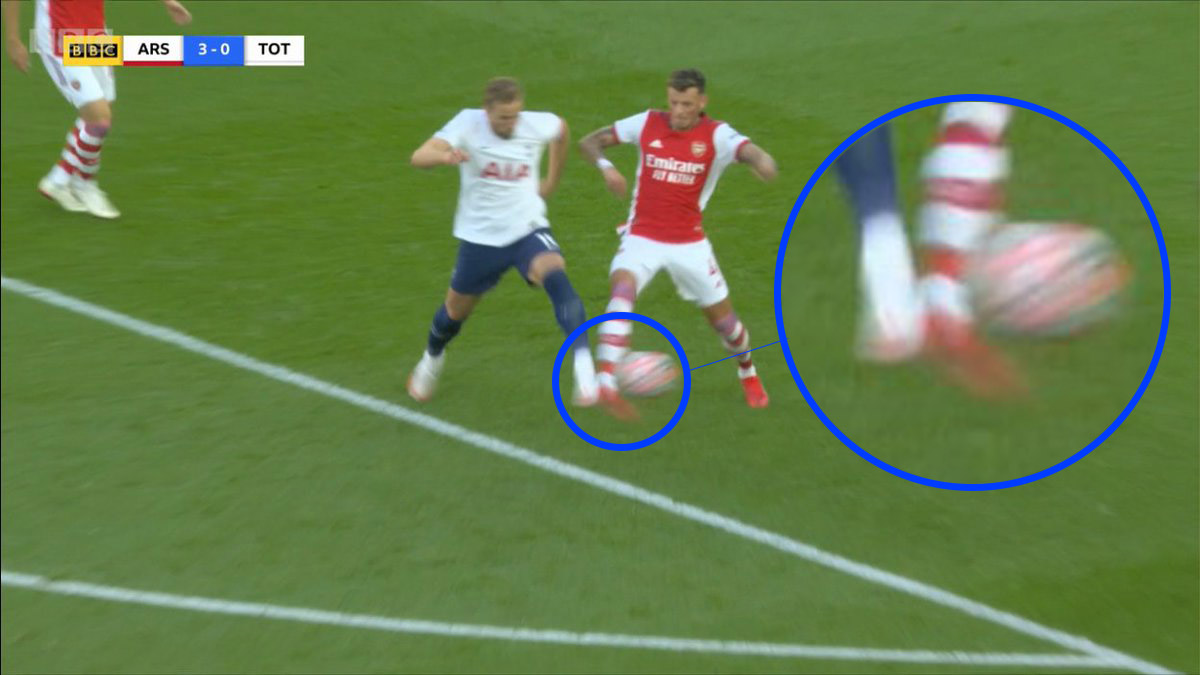 The incident: Ben White kicks Harry Kane’s foot in a 50/50 at the edge of the box. Kane is first to the ball momentarily and Kane makes contact seconds before White.

Under Law 12 Section 1 and in conjunction with Law 14:

Law 12: A direct free kick is awarded if a player commits any of the following

Law 14: A penalty kick is awarded if a player commits a direct free kick offence inside their penalty area or off the field as part of play as outlined in Laws 12 and 13.

Kane was fouled because he was kicked by White. VAR chose not to overrule the referee because they determined that his decision was within the realms of reasonable action. There for play continued and Kane was not given a chance to open his Premier League account from the spot.