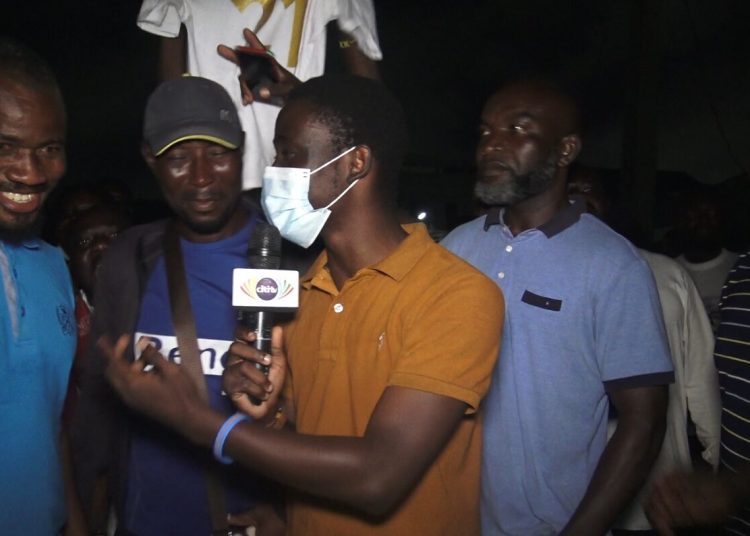 When Real Madrid hosted FC Sheriff Tiraspol in the UEFA Champions League, not many would have expected anyone to be cheering for the Moldovan minnows, anywhere outside of the tiny city of Tiraspol.

But courtesy their Ghanaian midfielder, Edmund Addo, Tiraspol found support in the most unusual place, several thousands of miles across the Atlantic, in the coastal neighborhood of Korle Gonno.

From the first kick to the last, the people of Korle Gonno cheered every kick, tackle, and pass of Addo, on the giant screen mounted at Korle Gonno Barcelona.

The Moldovans stunned Real Madrid 2-1 at the revamped Santiago Bernabeu – and it is hard to imagine that result was celebrated anywhere else around the world, more than it was at Korle Gonno

But that celebration came at the end of a tension filled 90 minutes – everyone on their knees, praying that Addo would have a flawless game. But football doesn’t always work like that. The 21 year old caused a penalty in the game and no amount of prayers could stop Karim Benzema from scoring.

At the final whistle, not a single soul remembered that moment, as Tiraspol players broke into celebrations, joined by Addo’s family and friends thousands of miles from Madrid.

They say Football is a global sport, and last night was the true definition of that statement. A community, united behind a local boy on a champions league night and cheering him to victory at the home of Champions League royalty. That, is stuff, made of dreams.