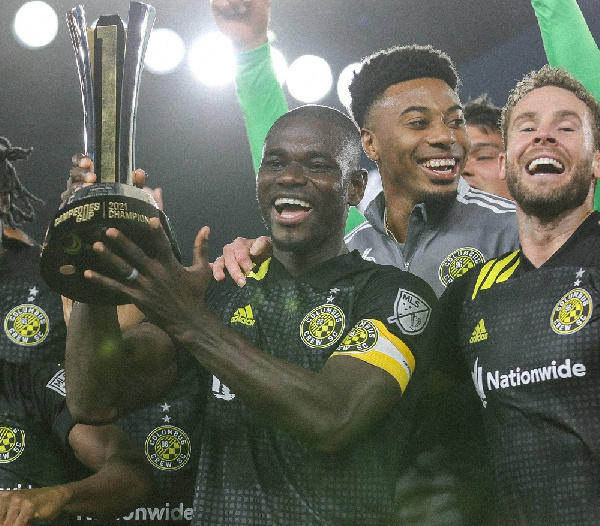 Ghanaian defender Jonathan Mensah was on target for Columbus Crew as they won their first continental silverware following a 2-0 win over Mexican champions Cruz Azul 2-0 on Wednesday night.

Mensah put up an impressive display to help his side seal the 2021 Campeones Cup at the Lower.com Field.

Mensah’s 74th-minute header sealed Columbus’ victory after Lucas Zelarayan’s tantalizing free-kick resulted in an own goal that put the Crew in front on four minutes, dispatching their Liga MX foe.

A version between the defending MLS Cup champion and Mexico’s defending Campeon de Campeones winner was not contested in 2020 due to the COVID-19 pandemic.019.

SEE VIDEO OF THE GOAL BELOW: