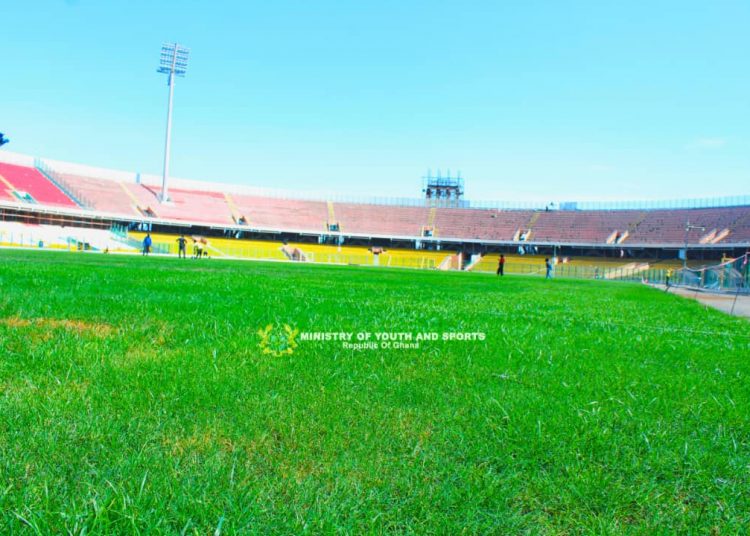 The Ghana Football Association’s Club Licensing manager, Julius Emunah says major stadia like Accra Sports Stadium and Baba Yara were rejected on the premise that areas like the pitch and dressing room need some major uplift.

The Club Licensing Committee on September 28, 2021 conditionally rejected the Baba Yara Stadium and the Accra Sports Stadium as venues for the 20212022 Ghana Premier League season.

The decisions were taken based on the reports received from the Club Licensing Manager from the inspection visits across the various venues.

Four venues; WAFA Park, Aliu Mahama Stadium, Cape Coast and the Len Clay Stadium have been granted conditional approval pending the correction and fixing of defects by a deadline of October 18, 2021.

Out of the number, 15 clubs had their venues rejected.

“For Accra Sports Stadium, the pitch needs to be improved, it is a zero-tolerance area for us and needs to be worked on. The club has been directly informed on what they need to do to meet our standard.

“There are few issues with the dressing room too with respect to security and plumbing too and the engineers have been informed,” Julius Emunah highlighted.

“Also, the parking areas are free and the clubs have been informed on what to do. The security there must be secured properly and ensure no one can have unauthorized access to it either by jumping or whatever. The media areas also need to be looked at too,” he added.

“If the clubs are able to do that, then we can approve them for use.”

Club Licensing manager went on to explain that club venues are approved based on the operationality and safety of fans.

“Someone may ask why WAFA’s pitch was approved and Accra Sports stadium was not. It is simple, when it comes to licensing, it is not about the outward appearance but rather the safe operationality of these pitches.

“WAFA has a nice Astroturf, inner perimeter nicely done but they have a few issues with the tunnel and they need to work on it to get the full approval for use.”

Emunah then explained the conditions under which the Baba Yara stadium was rejected for use by Kumasi Asante Kotoko.

“For the Baba Yara Stadium, it was under renovation at the time we went there to inspect it. It is not an issue of inaction but rather the fact that it is still under renovation  and it needs to be completed before it is approved for use.”