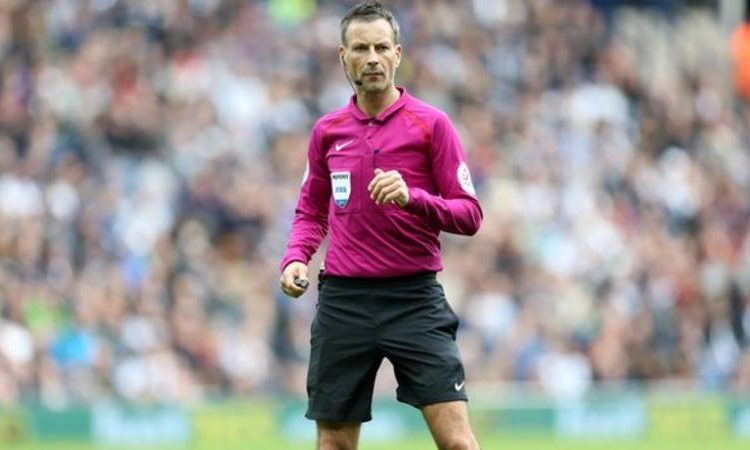 Former Premier League referee Mark Clattenburg has been criticised for saying female referees in football may have to choose between between their careers or having children.

The 46-year-old was speaking during a discussion about female officials on Talksport.

Sara Cox became the first woman to referee a Premiership rugby match last weekend, and Clattenburg was asked if the Premier League could soon follow.

“We always had a [female] assistant referee in the Premier League, Sian Massey[-Ellis], and we now have a woman refereeing in the Football League, Rebecca Welch, so women are starting to develop in the men’s game.

“If you look at Uefa, for example, the French woman refereed the Super Cup final, so Uefa are getting more and more women.

Clattenburg, who officiated the 2016 Champions League and European Championship finals, went on to claim some women struggle with the men’s fitness test to become a referee, adding: “Certainly when you’ve had a baby, you’re out nine to 10 months, then you’ll take another six months to recover from your body, so therefore it’s nearly two years.

“To pass that men’s fitness test is very, very demanding.”

England rugby international Joe Marler, who was part of the discussion on Talksport, said in a Tweet that Clattenburg’s comments were “disrespectful and archaic”, while Women in Football chief executive Jane Purdon said in a statement that his judgement was “way off”.

“Women in all professions face challenges in balancing work and family. So do many men – but for men this is never seen as a problem, and men are never expected to choose between the two,” Purdon added.

“In fact, many women in elite sport are in a position to resume their sporting careers quickly after giving birth. Others take more time out – by choice or by necessity. Neither of these scenarios is a “problem”. The real problem is assumptions about female biology and gender roles in childcare, which are lazy, outdated or plain false.”