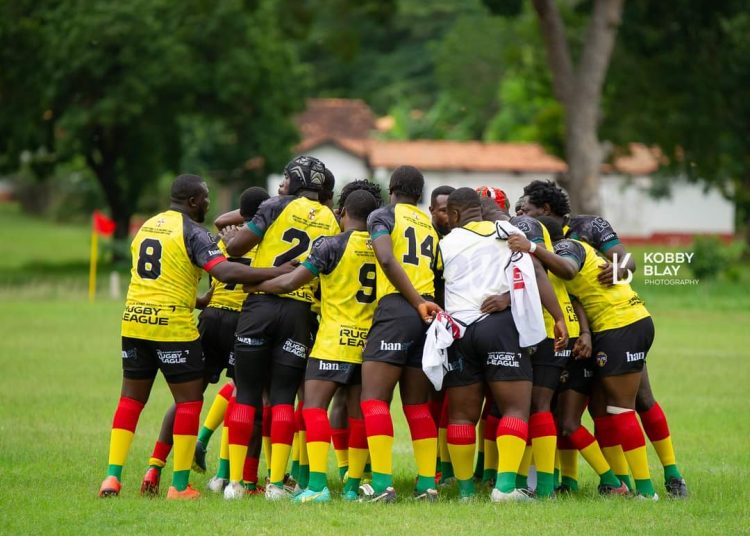 The national team selection made by Head Coach Andy Gilvary defeated the President’s XIII, a select side as part of the team’s preparation towards the 2022 Middle East Africa Rugby League Championship.

National team coach Andy Gilvary was impressed by the game and admitted tha talents exist in both teams. “The game between the National Team and President’s XIII select side went as expected; tough, physical and a hard game of rugby league.

The National Team was aware the president’s side would be full of talent and looking to prove themselves, and their expectations were met”.

Coach Gilvary expressed his vision of a great future for the team in the coming year, “it’s evident we have a wealth of talent in both teams, which means come next year when we prepare for the MEA, we might see new faces in the national side that takes the field.”Coach Gilvary said. “It is an exciting time for Ghana Rugby League, and I’d encourage anyone who wants to be involved to get in touch to see how you can be part of it”, he continued.

In honour of the President’s Cup, the president of the Rugby League Federation Ghana (RLFG), Nana Owusu Prempeh shared his excitement, “I feel honoured to have a tournament to honour me.

Thanks to the Committees that run the day to day activities for putting such a wonderful program together.” He further congratulated the players and coaches of the National and presidents team for the support towards the upcoming MEA in 2022. “To the teams, I must say kudos, you honoured the invitation and played a game worth an international friendly. Thank you Andy Gilvary and Adam Bromley; your support for the game is much appreciated.”