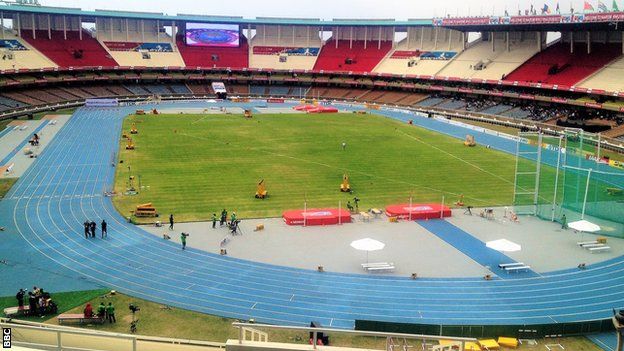 Athletics Kenya president, Jackson Tuwei, has confirmed that his nation has submitted a bid document to host the 2025 World Championships.

Tuwei feels that Kenya’s history of producing world-class athletes gives them a real chance of becoming the first African host of the global showpiece.

“We feel like Kenya is the spiritual home of athletics,” he told BBC Sport Africa.

Reports suggest that Olympic host city Tokyo also put in a bid ahead of Friday’s deadline.

World Athletics says it is “not in a position to release any information yet” about any bids it has received, telling BBC Sport Africa “it is very early in the process.”

“It has never been hosted in Africa and never been done in Kenya, so we believe that it is our time,” Tuwei added.

“We couldn’t have managed to get the bid document without government support and we are very grateful.”

He also believes that Kenya’s experience of hosting both the Under-20 World Athletics Championships earlier this year and the Under-18 version in 2017 sets them in good stead.

“We learnt a lot of lessons out of those two events and I believe we are now ready to act on those lessons we learnt,” he insisted.

The head of African athletics, Hamad Kalkaba Malboum, said back in 2017 that he wanted the continent to host the 2025 World Championships, mentioning Kenya as a possible host.

World Athletics, the sport’s global governing body, is set to visit the bidding cities in early 2022 and could announce the hosts in March.

One person who would like to see the event held in Kenya is the USA’s former world and Olympic champion Justin Gatlin.

He recently competed at the Kip Keino Classic meeting in Nairobi’s Kasarani stadium, which would host the World Championships if Kenya’s bid is successful.

“To have Kenya host a World Championships here would be a great opportunity,” he told BBC Sport Africa at last month’s event.

“You have so many champions and so many great Kenyan runners. I think the world should be able to see where they come from, how hard they work and what makes them the athletes they are.”

The American city Eugene will host the World Athletics Championships in 2022, after they were delayed from this year to accommodate the Olympics, which had also been postponed due to the global Covid-19 pandemic.

The 2023 championships, meanwhile, will be held in the Hungarian capital Budapest.