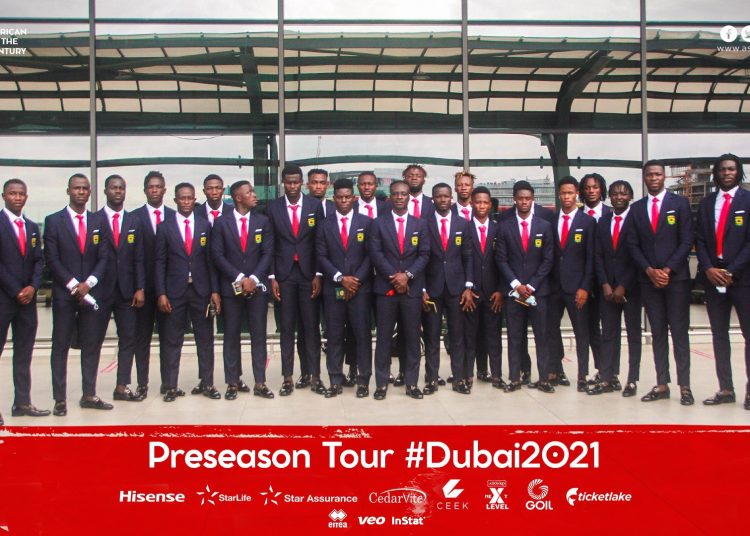 Ghana Premier League giants, Asante Kotoko, have touched down in Dubai ahead of their 2 week preseason tour.

Fans of the Porcupine Warriors can also join their team from October 15 till October 22 for just $1,400. 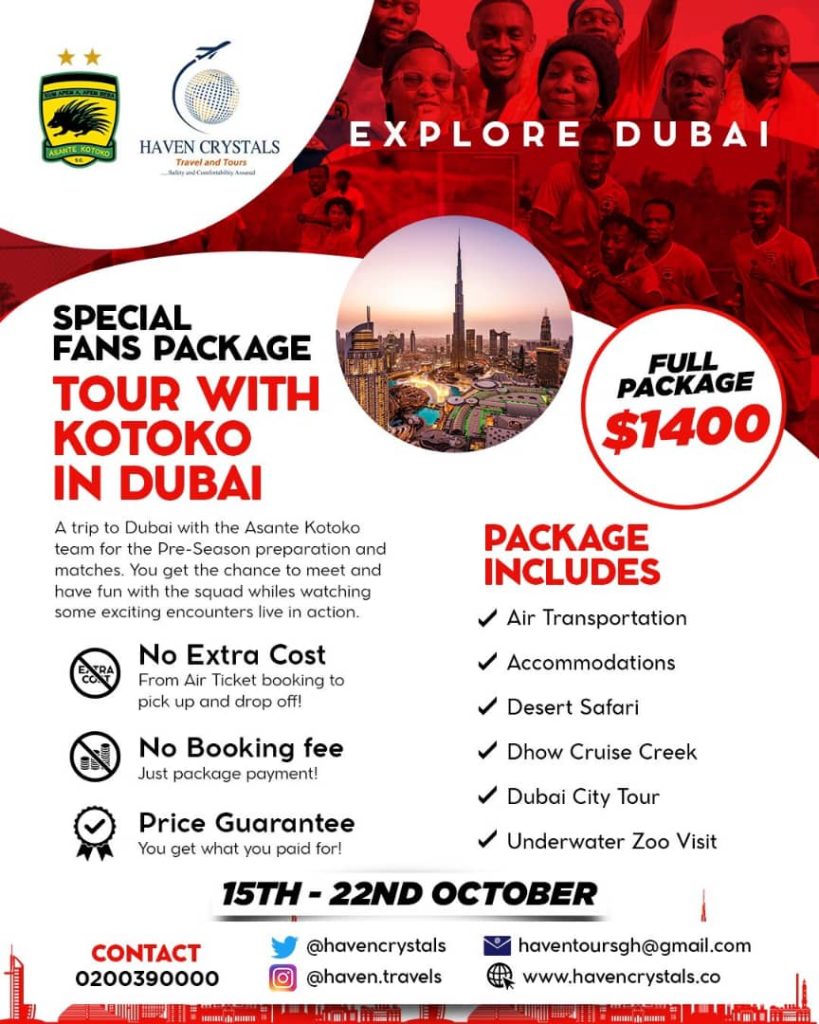 Prosper Nartey Ogum and his technical team will be hoping to use the two week period to adequately prepare ahead of the new Ghana Premier League season which begins on October 29.