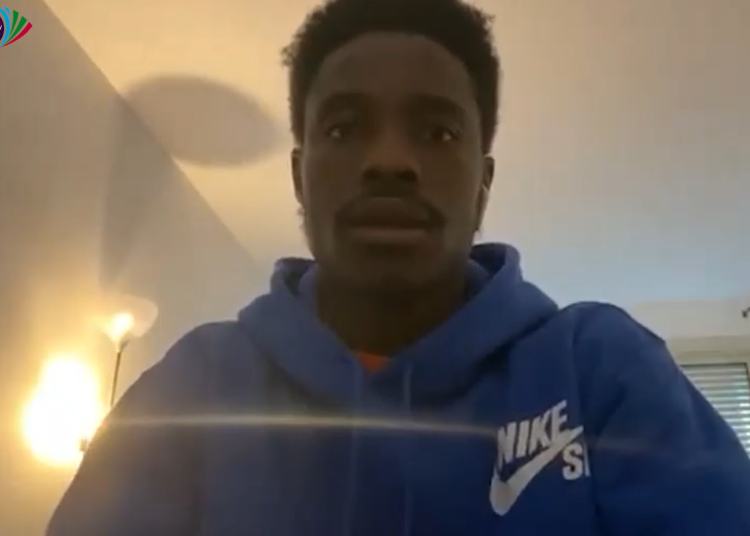 The Ghana international shares the same agent with Ronaldo and after officially accepting Jorge Mendes as his agent, he got a rare privilege to have dinner with his idol.

After a blistering 2017 where Ayiah led the team to the World Cup quarter-finals in India, the former Charity Stars signed for Monaco.

Speaking in an interview with Citi Sports, Eric Ayiah describes the day of encounter as a “dream come true”.

“My agent [Jorge Mendes] and I went to Spain to watch a Champions League Game between Real Madrid and PSG and after the game, we went to have dinner with Cristiano Ronaldo and Marcelo,” he said.

“It was a dream come true for me personally. It wasn’t just a random dinner but it was a dinner with Ronaldo and I was sitting just across him. It is privilege and I don’t think I can forget that experience.

“I thought I was dreaming but equally, it motivated me to work hard because I can see I am on the right track because I am close to Ronaldo, I am working with Jorge Mendes so why can’t I make it to be top level.”

According to the 21-year-old the words of Cristiano Ronaldo has been with him since their first encounter in 2017.

“During the dinner, Jorge Mendes introduced me to Ronaldo, telling him that Antonio brought me to him and also the fact that I performed well during the World Cup in India.

“So, after the introduction, Ronaldo encouraged me to work harder because it is only hard work and discipline that will help me get a successful career,” he concluded.