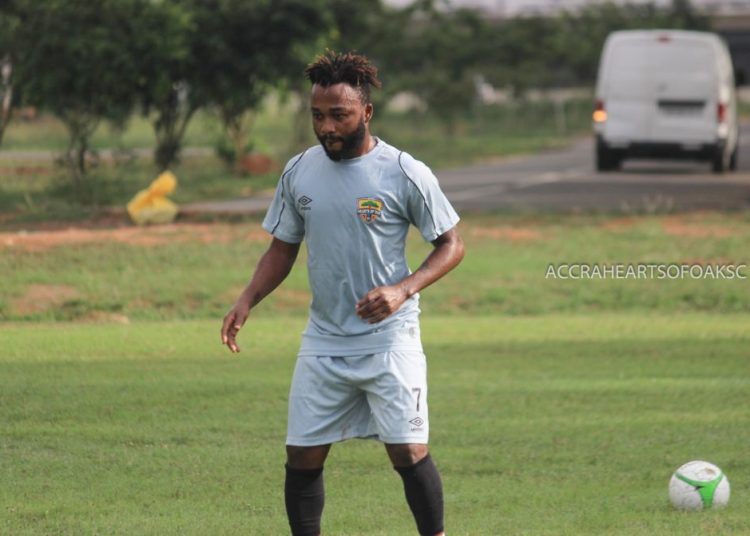 Great Olympics head coach Annor Walker, has revealed that new Hearts of Oak signing, Gladson Awako, is not happy at the club and wants a return to his former team.

Awako, 31, joined Hearts of Oak on a two-year deal in August 2021 from cross-town rivals Olympics, but has yet to feature for the Phobians after a string of personal issues that have resulted in the club excusing him from training duties.

His former coach, Walker, has revealed that the former Ghana U-20 star wants to quit the Ghana Premier League champions altogether, and favors a return to Olympics.

“Awako has informed me he is not happy and does not want to play for Hearts of Oak again so I am doing everything possible to bring him back to Olympics,” he told Omytv.

”He said he is not ready to play for Hearts of Oak again and he wishes he is with me so I am talking to the Olympics management to try and bring him back,“ he added.

Hearts of Oak will leave Accra on Thursday for Morocco ahead of Sunday’s second leg against Wydad Athletic Club in the CAF Champions League last round of qualifiers.