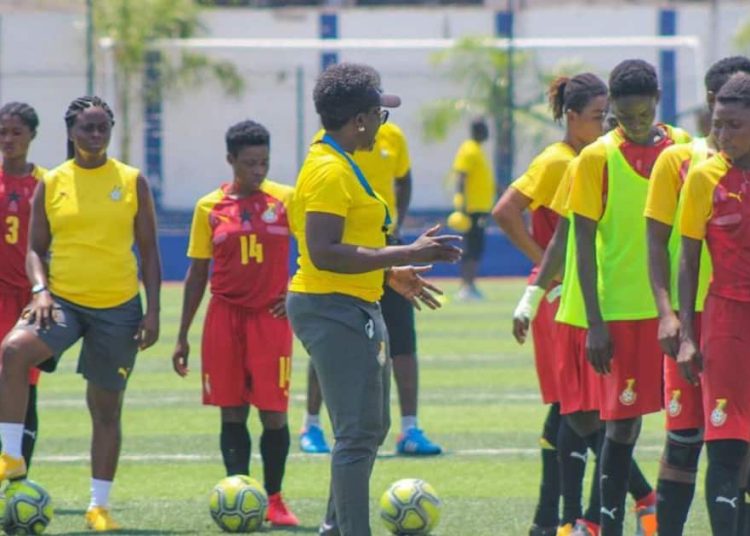 Ghana’s Black Queens succumbed to a 2-0 defeat to the Super Falcons of Nigeria in the first leg of the 2022 Total Africa Women’s Cup of Nations Qualifier on Wednesday afternoon at the Mobolaji Johnson Arena.

The Black Queens went into the game missing a number of key players including Captain Elizabeth Addo and Sherifatu Sumaila.

Uchenna Kanu scored twice in a space of five minutes to give the Super Falcons a 2 goal advantage heading into the break, the first with a header before adding her second from a corner.

Black Queens Head Coach Mercy Tagoe-Quarcoo will be hoping to overturn the deficit when they host Nigeria in the second leg of the tie at the Accra Sports Stadium on Sunday.