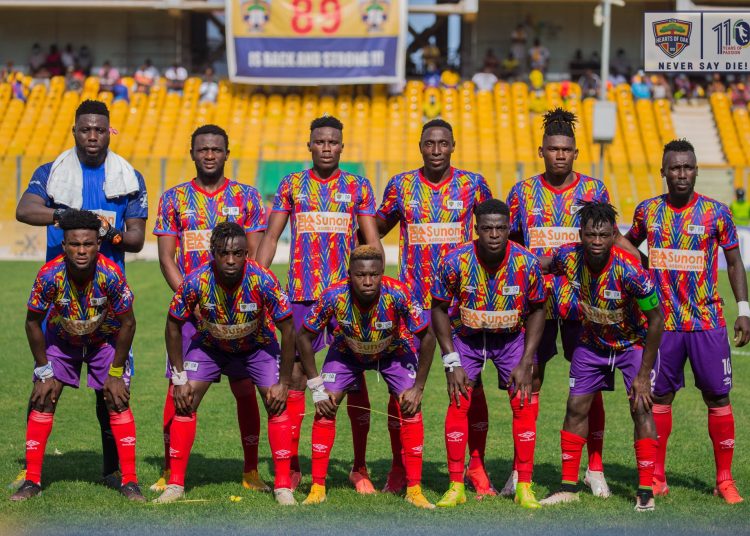 Accra Hearts of Oak’s CAF Champions League second round qualifying second leg game against Wydad Athletic will be played behind closed doors according to reports.

According to reports, CAF has ordered for the game to be played behind closed doors due to the COVID-19 situation in the North African country, Morocco. However, the first leg in Accra was played in front of 2,000 fans.

Wydad will play hosts to the reigning Ghana Premier League champions in Casablanca on October 23, 2021.

Hearts of Oak will be hoping to secure qualification to the group stages of the CAF Champions League for the first time in over a decade after earning an impressive 1-0 win over Wydad in Accra.

The Moroccan giants will play host to Accra Hearts of Oak at the Mohamed V Stadium at 19:00 GMT.