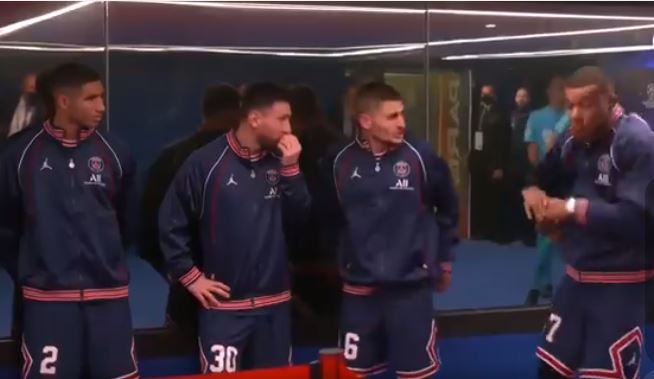 World Cup winner Kylian Mbappe is usually unfazed whenever he takes to the football field;168 goals and over 10 trophies throughout his career so far, prove that.

However, Mbappe is not averse to the occasional fright.

On Tuesday night, before PSG’s Champions League tie against RB Leipzig, Neymar was hanging out in the tunnel with Achraf Hakimi, Lionel Messi and Marco Verratti.

The referee then arrived behind him blew his whistle, startling Mbappe so much that he threw his hands in the air in fright. 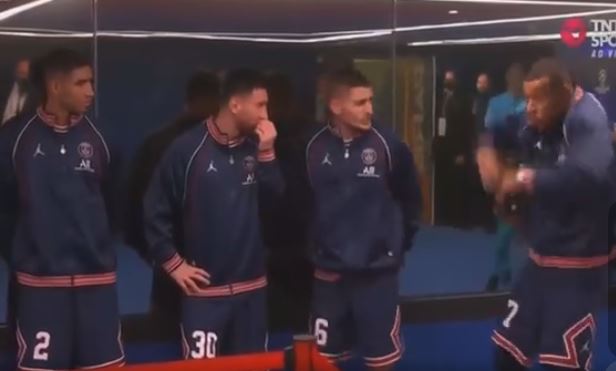 After realising what had made the sound, Mbappe tried to cover up his embarrassment but couldn’t help smirking at the referee when he passed by.

Veratti and Messi, were also startled by the noise, although they reacted a lot less animatedly than Mbappe.

The Italian was more frustrated by the sound while Messi seemed to react more to Mbappe’s jump than the original whistle.

How do his team mates not laugh at that 😂😂 https://t.co/wRre3qyqHi

I don’t know why I found this so funny, his facial expression was hilarious

Mbappe scored a goal but also missed a penalty as PSG came from behind to win 3-2.