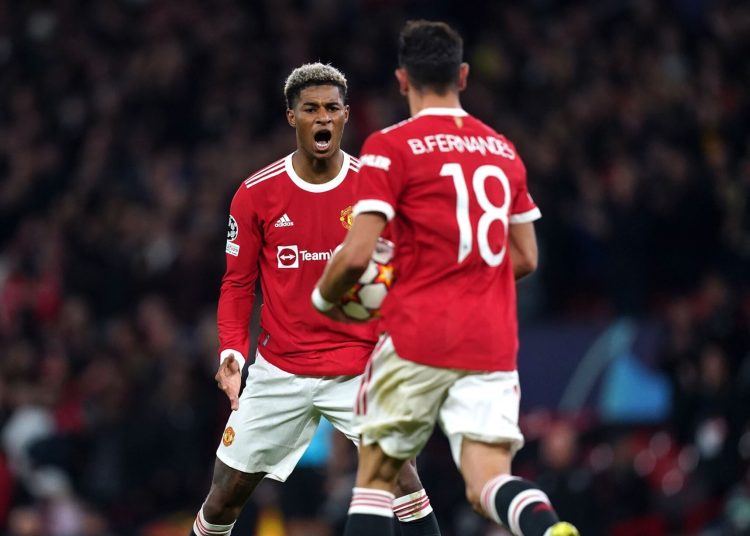 Cristiano Ronaldo stole all the headlines after Manchester United’s come-from-behind victory on Wednesday night with his late winner at Old Trafford.

Ronaldo’s header sent the stadium into raptures, giving United their second win of the group stage and easing the pressure on manager Ole Gunnar Solskjaer.

However, that comeback might not have been possible without an amazing pass from Ronaldo’s Portugal teammate, Bruno Fernandes.

A misplaced pass from Atalanta in midfield found its way to Bruno Fernandes who, without a thought, played a blinder of pass with the outside of his foot through to Rashford.

The striker sprinted through on goal and finished beautifully past the goalkeeper.

Notice how Rashford makes the run before Bruno even receives the ball..

Bruno does a quick scan of who is around him before receiving the ball, sees Marcus make the run & immediately makes a first time defence-splitting pass to put him through on goal..pic.twitter.com/dO1RqtVTbD