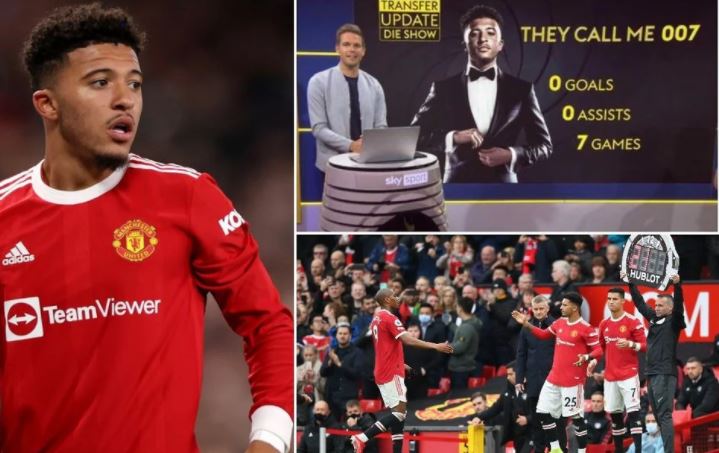 Manchester United’s long-term pursuit of Jadon Sancho ended in success over the summer, with the Red Devils able to complete the signing of the 21-year-old from Borussia Dortmund for a fee of £76.5 million.

United manager Ole Gunnar Solskjaer earmarked Sancho as one of his top transfer targets some time ago. Based on his exploits in the Bundesliga across a four-season spell for Dortmund (54 goals and 67 assists in total, per Goal), Solskjaer made no secret of his desire to bring the electric winger to the Theatre of Dreams.

In July, the Norwegian finally got his man. However, since arriving at Old Trafford, Sancho has started just three of United’s nine Premier League games – and made a further four top-flight appearances from the bench.

Strangely, Solskjaer seems at a loss as to how to best utilise Sancho.

The England international has yet to play a full 90 minutes in the league for his new club – and has also yet to register a single goal or assist in his seven Premier League outings.

Such savagery is nothing new in the unforgiving world of social media. However, when an official broadcast partner of the Premier League gets in on the act, we’re looking at a whole other level of ruthlessness. As part of their daily transfer update show, Sky Sports Germany decided to mock Sancho’s recent woes themselves.

A graphic showing Sancho dressed as the iconic secret agent with the title: ‘They call me 007’ was put up on the giant screen behind the presenter.

The channel then made doubly sure that the joke wasn’t lost on anyone by displaying a caption reading: ‘0 goals, 0 assists, 7 games’ to the watching audience.