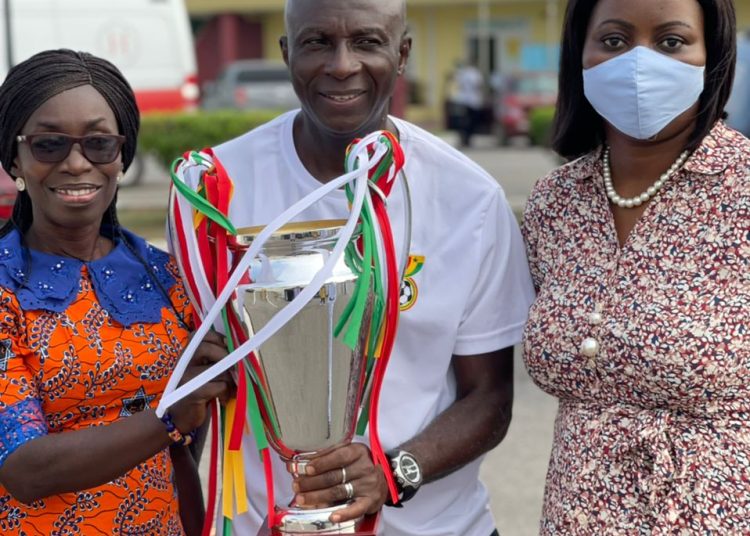 Chairperson of the Women’s League Board, Hillary Boateng, has backed Hasaacas Ladies to go all the way in the upcoming CAF Women’s Champions League in Egypt.

The maiden edition of tournament is set to kick off on November 5th and will conclude on the 19th of November.

Madam Boateng was speaking on Tuesday 26th October at the launch of the upcoming Ghana football season. She based her expectations on their good performance against Nigerian champions River Angels FC and the quality the squad possessed.

“They are good on all fronts from goalkeepers to attack and with Coach Basigi on the bench, I expect they will go all the way, and I am very hopeful they will make Ghana proud”

She then praised Yusif Basigi, the head coach of the team.

“Coach Basigi showed why he is one of the best coaches in the league, he changed his tactics to beat a good Rivers Angels side”

The Ghanaians have been drawn in group A with Wadi Degla (Egypt), AS Mande (Mali), and Malabo Kings (Equatorial Guinea) who Hasaacas will face in their opening game on November 5th.

“No vaccination, no entry” – GFA tells fans ahead of new GHPL season