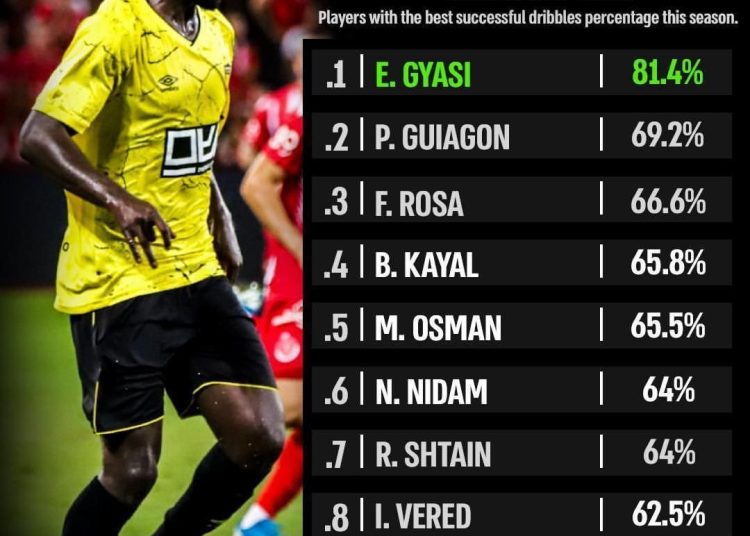 Ghana forward, Edward Gyasi is currently rated the overall best dribbler in the ongoing 2021/2022 Israeli Premier League after an explosive start to the campaign.

On the back of his hard work in the off-season, the attacker has been near unplayable since marking his debut for the new club in the Israeli top-flight league.

According to data and the latest statistics on the update of players compiled by Soccer Israeli, Edwin Gyasi has been rated the best dribbler so far in the Israeli Premier League.

His 81.4% dribbling success rate is the highest in the league as he beats the likes of Parfait Guiagon and Farley Rosa in the list of top 10 best dribblers in the Israeli League.

On top of the icing on the cake, Edwin Gyasi has even been tipped as one of the best foreign players this year.

This season, Edwin Gyasi has made seven appearances for Beitar Jerusalem where his contribution has always been noticeable.

He is tipped to be key for his club throughout the season as they seek to challenge for the league title.

Check out the full list of best dribblers in the Israeli Premier League below: