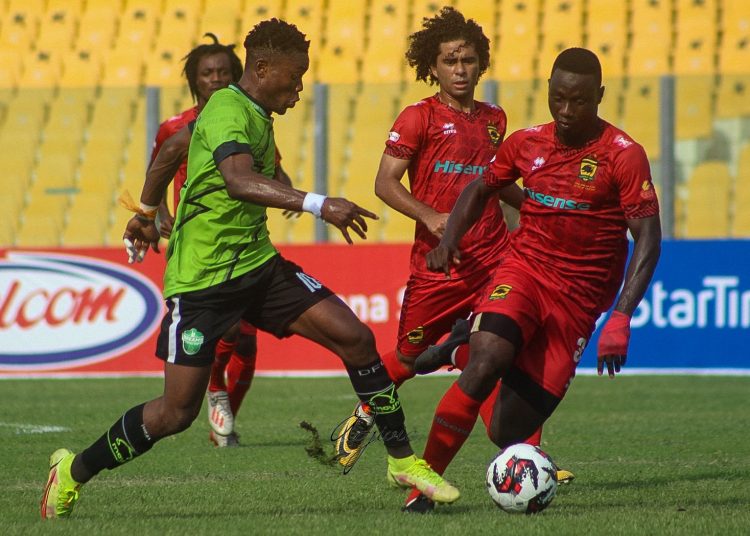 Wonderkid, Abdul Fatawu Issahaku announced himself to the Ghana Premier League by scoring an absolute beauty in Dreams FC’s 3-1 defeat to Asante Kotoko in Gameweek One at the Accra Sports Stadium.

Signing on loan from Steadfast FC, Issahaku needed 63 minutes to stamp his name on the scoresheet in a game that was keenly contested.

Issahaku, 17, turned heads in the Kotoko backline, dancing through a crowd of red shirts before lifting the ball above Razak Abalora.

Abdul Fatawu Issahaku is just 16? What a talent! What a goal!!! pic.twitter.com/rXkFidNEWu

After over an hour of play, Dreams FC broke the deadlock in a game Asante Kotoko had to fight back to earn important three points on opening day of the Ghana Premier League.

With five minutes left on the clock, Prosper Ogun and his men turned the tides of the game to their favour with Salifu Mudasiru equalising for Kotoko. Two minutes later, Isaac Oppong doubled their advantage before Richmond Lamptey secured maximum points for the Porcupine Warriors.