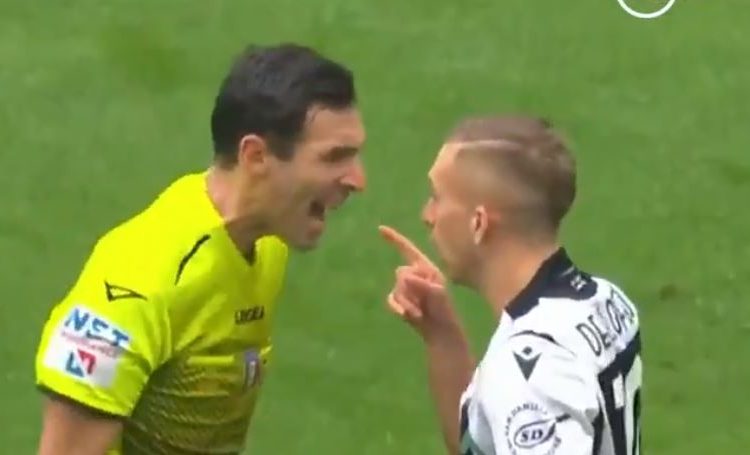 Referees have a really tough deal; having to listen to complaints and take abuse from players, coaches and fans, without being able to dish some back.

One official, however, could not take it any longer and cracked over the weekend.

Inter Milan were leading 2-0 at home against Udinese in the 82nd minute when the desperate away side had a goal disallowed.

This decision angered Udinese substitute Gerard Deulofeu so much that he ran to the referee, screaming and shaking a finger in the official’s face.

The official in question, Juan Luca Sacchi, was not impressed and unleashed his own barrage of words in the Spaniard’s face.

Deulofeu was obviously startled by the referee’s response and after a few feeble comebacks, he back off.

This referee is taking absolutely no nonsense from Gerard Deulofeu 😤🤣 pic.twitter.com/7JRpEpjgWw

On social media, lots of people were surprised but amused by the referee’s comeback.

Refs should be able to give back what they get . 👍

Need this kind of refereeing in the EFL and Premier League

It was then that he knew…. pic.twitter.com/lT2G6GVtsW