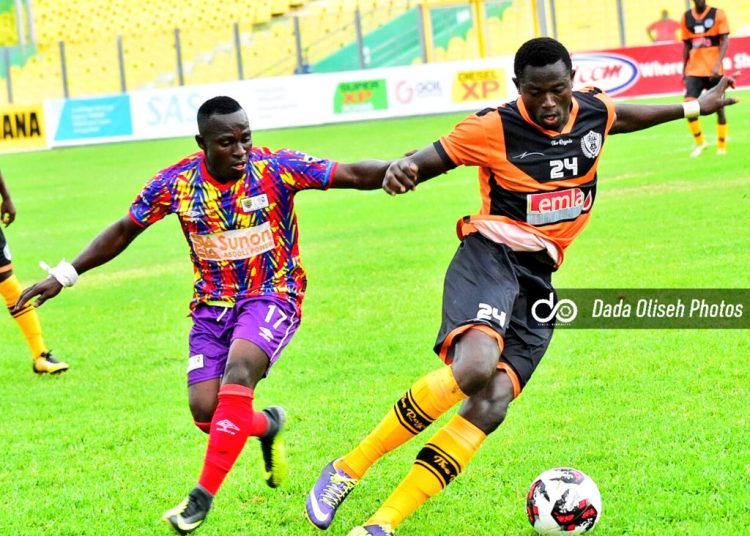 Champions Accra Hearts of Oak were held to a 0-0 draw by local city rivals Legon Cities in the opening day of the 2021/2022 Ghana Premier League season.

Following their exit from the CAF Champions League qualifying last weekend, the Phobians were hoping to get their title defense but spirited defending from Maxwell Konadu’s Cities team ensured Hearts of Oak have now failed to win their opening league game of the season for each of the last five seasons.

Elsewhere, Bechem United annihilated Medeama 4-0 in an action filled match in which both teams were reduced to ten men. After Emmanuel Avornyo opened the scoring ,Francis Twene grabbed a brace before Augustine Okrah scored a world class goal to seal the win.

Just before the half time break, both teams had a man sent off with Abdul Karim (Bechem) and Baba Musah (Medeama) seeing red for an off the ball incident.

Karela United and Aduana Stars played out a 1-1 draw at the CAM Park. Emmanuel Gyamfi scored on his competitive debut for Aduana after he joined them from Asante Kotoko in the off season but new signing Abdul Aziz Dogo responded with a debut goal of his own to ensure the spoils were shared.

In Kumasi, King Faisal pipped WAFA 1-0, with Zubairu Ibrahim getting the winner four minutes from time. WAFA forward Marvin Owusu was sent off in the 52nd minute for a second yellow card.

Kingsford Boafo’s second half strike was enough to give Michael Osei’s men a dream start to life in the GPL.

On Saturday, Kotoko came from behind to beat Dreams FC 3-1 and Accra Lions and Elmina Sharks ended 1-1 on Friday night.