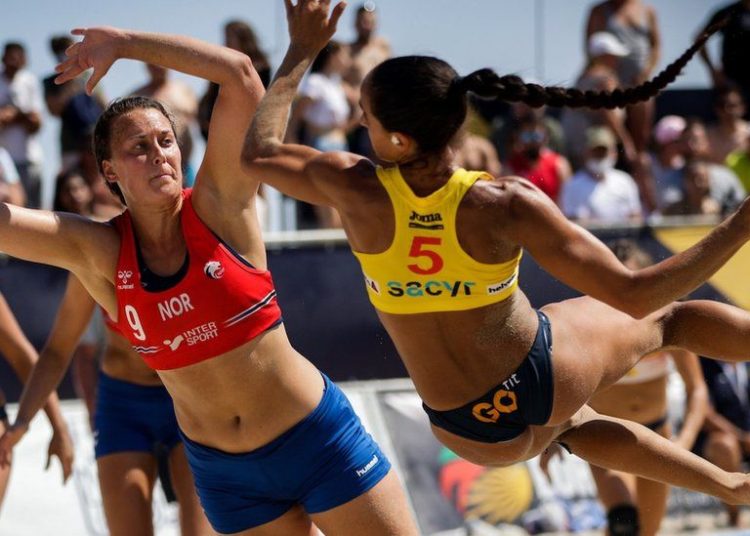 The International Handball Federation (IHF) has changed its uniform rules after it was criticised for requiring female beach players to wear bikinis.

The governing authority had been under pressure since a row over its dress code erupted at the European championships in July.

The fine was branded sexist and led to calls to scrap mandatory clothing.

US pop star Pink said she was proud of the team and offered to pay the fines.

Norway’s Handball Federation (NHF) said it would pay the fines but would “continue to fight to change the rules for clothing, so that players can play in the clothes they are comfortable with”.

In September, government ministers from Denmark, Finland, Iceland, Norway and Sweden had asked the IHF to review its uniform rules “in accordance with gender equality”.

Meanwhile, Norway-based Australian activist Talitha Stone had been gathering signatures for a petition that called for the uniform rules to be scrapped.

Over the weekend, Ms Stone told her supporters her campaign had been successful, after 61,000 signed the petition.

In IHF’s latest beach handball rule book, dated 3 October, there was no mention of bikinis.

Male athletes are allowed to wear shorts that are “not too baggy” but must remain 10cm (3.9in) above the kneecap.

Ms Stone said she hoped the rule change would be the “beginning of the end of sexism and objectification of women and girls in sport”.

She said all women and girls should “be free to participate in sport without fear of wardrobe malfunctions and sexual harassment”.