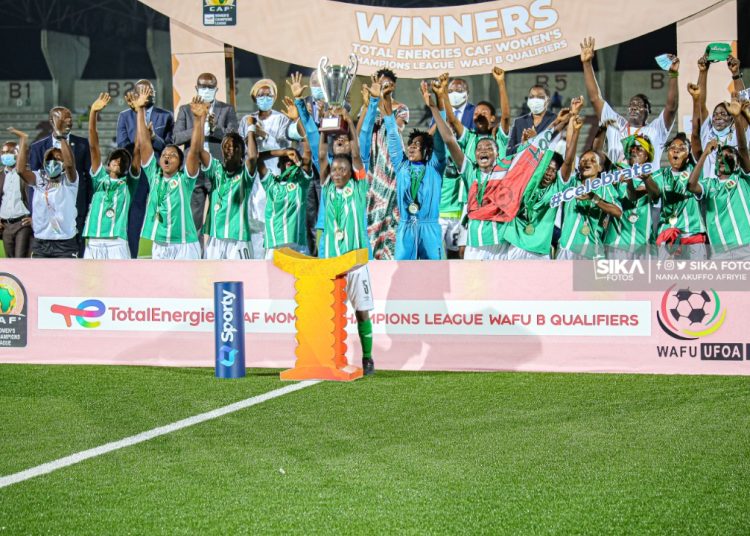 Chairperson of the Women’s League Board, Hillary Boateng, has appealed for more continued support of the women’s football in Ghana game in the wake of Hasaacas Ladies’ qualification for the maiden CAF Champions League.

Hasaacas qualified to represent Ghana in the 8-team tournament in Egypt after winning a domestic double as well as the WAFU Zone B qualifying event hosted in Cote D’ivoire.

Before their participation in the qualifying event, the team resorted to raising funds from the public to fund their trip; a situation many regarded as inappropriate.

Boateng reckons Hasaacas deserved better for all their success over the last few months.

“I believe they will put Ghana on the map, and for that they deserve some recognition,” she said.

“This team has achieved a lot over the last few years and they have received some support from certain quarters but we need to do more.”

She also explained that since CAF would only cover accommodation there was a lot left to be covered.

Hasaacas will play their opening game of the competition against Malabo Kings of Equatorial Guinea on Friday, November 5th, before facing AS Mande (Mali), and Wadi Degla (Egypt) in their remaining games.