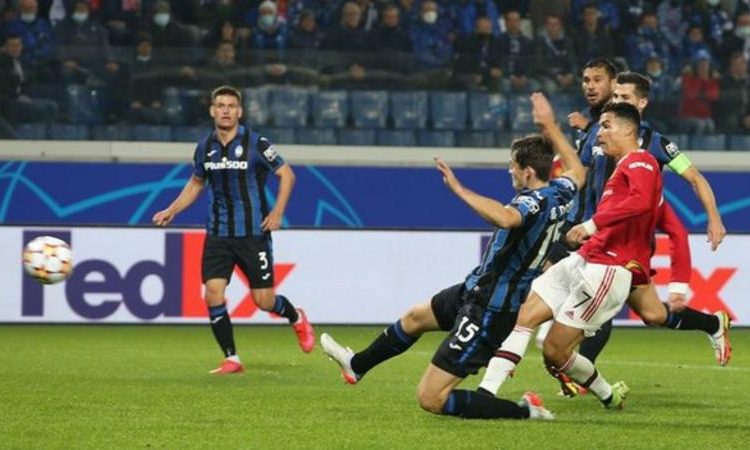 Cristiano Ronaldo once again rescued Manchester United with a sensational late goal to earn his side a draw against Atalanta that keeps them top of Champions League Group F.

The 36-year-old, who also levelled in first-half added time, volleyed in from outside the box in added time for his second of the night to earn United a crucial point in Bergamo.

Josip Ilicic opened the scoring with a low effort that squeezed under David de Gea at a vociferous Gewiss Stadium and Atalanta thought Duvan Zapata’s 56th-minute effort had won it.

Ronaldo capped a wonderful move by firing beyond goalkeeper Juan Musso for his first following a delightful Bruno Fernandes back-heel, after Ole Gunnar Solskjaer’s side had been on the back foot for much of the first half.

United were also second best after the break but Ronaldo, who scored a late winner in the reverse fixture and against Villarreal, delivered with a vital goal to keep United in pole position heading into the final two group games.

At 2-1 down, United were sitting third in the group and facing the prospect of going out if they lost to Villarreal in their next fixture, but now a win would see them through with one game to spare.

CRISTIANO RONALDO WHAT A GOAL pic.twitter.com/oKXuh2qPv7