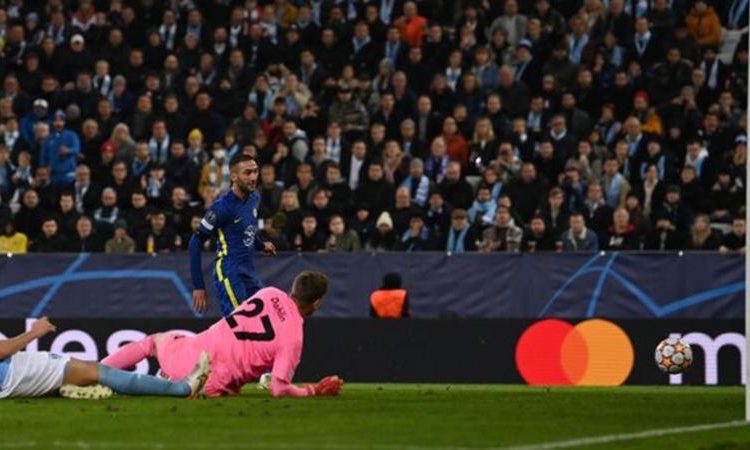 Reigning champions Chelsea moved closer to the last 16 of the Champions League with a hard-fought win over Malmo in Sweden.

After being frustrated in the first half, the Blues went ahead when Hakim Ziyech converted at the back post following an excellent cross from Callum Hudson-Odoi.

Thiago Silva nearly grabbed a second but his glancing header was cleared off the line by Anel Ahmedhodzic.

It was another masterful defensive display from Thomas Tuchel’s side, who denied Malmo a single shot on target.

Chelsea have nine points from four matches in Group H, the same total as Juventus, who face Zenit St Petersburg at home on Tuesday evening (20:00 GMT).

If the Russians lose in Italy then Chelsea would only need a draw at home to Juventus on 23 November to qualify for the last 16 with a game to spare.