“Lomachenko bout gets me closer to world title”- Richard Commey 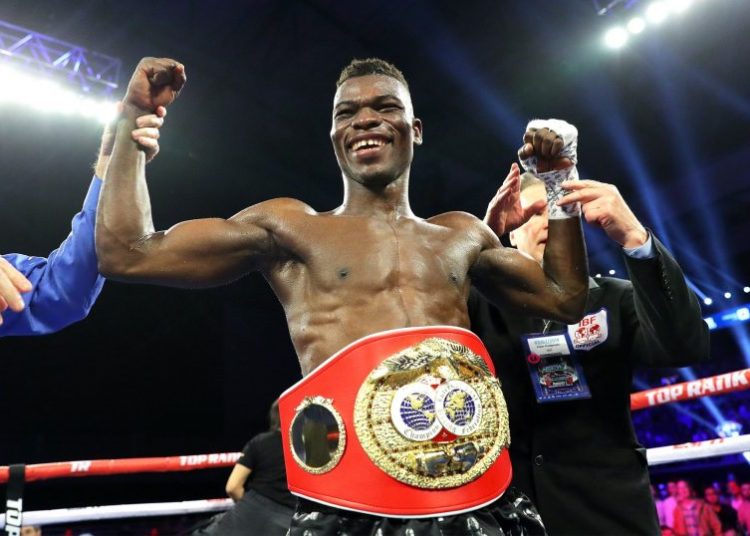 Former IBF Lightweight world champion, Richard Commey, believes that taking on Ukranian boxer, Vasiliy Lomachenko, is a sure way of opening the path towards another world title shot in his career.

The December 11 meeting of the two fighters at New York’s Madison Square Garden was confirmed on November 1 by Top Rank after weeks of speculation.

The bout will be a 12-rounder and it will be part of an event that will also see undefeated heavyweight boxer Jared “The Real Big Baby” Anderson taking on Oleksandr Teslenko.

Commey is seeking a way back to the top of the lightweight division after he lost his title to Teofimo Lopez in 2019 and he told Top Rank’s official website that a bout with Lomachenko presented a great opportunity for him to have another shot at ruling the division.

“I want to thank my team of Michael Amoo-Bediako, Lou DiBella, and Keith Connolly for getting me this opportunity.

Ever since the Lopez fight, all I have thought about is becoming a two-time world champion.

This fight against Lomachenko will get me one step closer to my goal. I also want to thank Bob Arum and Top Rank for the opportunity to again grace the stage at Madison Square Garden, one of boxing’s most iconic venues.

I know that most people consider me the underdog, but I am aiming to prove them all wrong and make Ghana proud once again.”

The bout will offer Commey to fight for a second time at the MSG since that was where he lost his IBF Lightweight title to Teofimo Lopez. Top Rank Promotions chairman, Bob Arum, believes such an iconic venue is a great place for two top lightweights in Lomachenko and Commey to fight.

“It is only fitting that the great Lomachenko headlines boxing’s highly anticipated return to Madison Square Garden.

However, Richard Commey can never be counted out, as he’s a tough fighter who carries huge power in both hands.”

It is believed that the winner of the bout will have a very good chance of meeting Lopez for the title sometime in 2022.

Lopez is the current unified title holder in the lightweight division as he holds the IBF title and the WBA, WBO, and The Ring magazine titles.