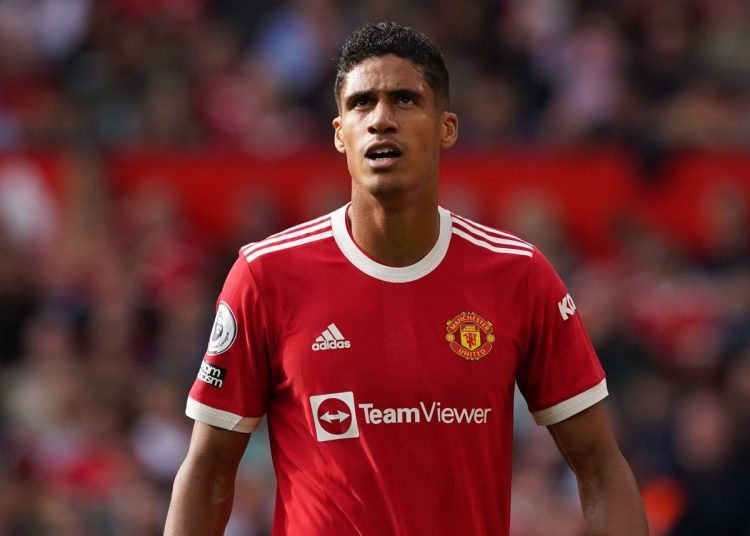 Raphael Varane will be out for around a month after the Manchester United defender suffered a hamstring injury against Atalanta.

The France international only recently returned from injury but will now miss United’s Premier League match at home to Manchester City on Saturday.

A month-long absence would see Varane out of United’s next two matches after the international break – against Watford and Villarreal.

He would also likely miss the trip to Chelsea on November 28, and he could be a doubt for the home match against Arsenal on December 2.

“The club confirms that Raphael sustained a hamstring injury, which is expected to keep him out of action for around a month,” United said in a statement on Wednesday.

“We’d like to wish Raphael all the best as he works on his recovery.”

Varane joined United from Real Madrid in the summer, and he has made nine appearances so far this season – in which they have conceded nine goals.

In the six matches where Varane has not featured this term, United have conceded 14 goals.

Solskjaer had said Varane’s injury did not “look good” after the centre-back went off injured in the first half against Atalanta.