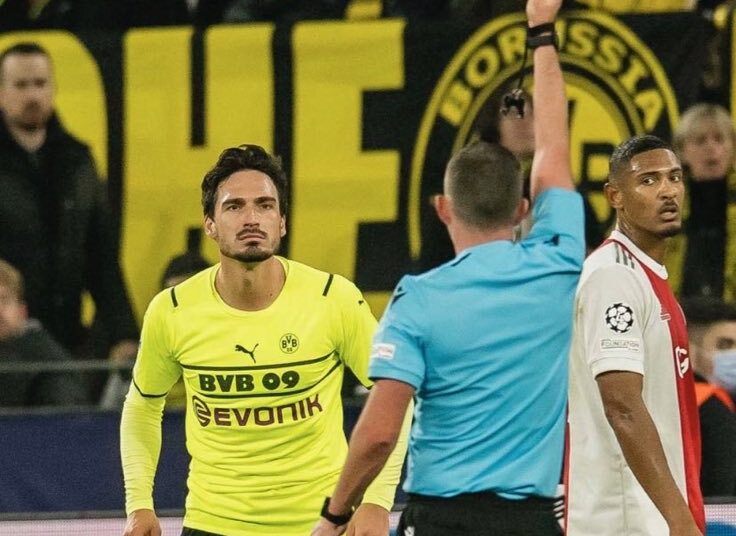 Ajax maintained their 100% record as they came from behind to reach the last 16 of the Champions League with a hard-fought win at 10-man Borussia Dortmund.

Mats Hummels was sent off for the hosts, who went ahead from a Marco Reus penalty after a foul on Jude Bellingham.

But Dusan Tadic, Sebastien Haller and Davy Klaassen scored for Ajax late on.

It was no more than Ajax deserved, with Erik ten Hag’s side patiently probing, first for an equaliser then for the goals that sealed their progression in the competition after the break.

However, Dortmund will lament that Hummels and Bellingham both missed excellent chances to score with close-range headers and appeared to have cause for complaint over the dismissal of their veteran defender after 29 minutes.

Tadic’s prodded finish at the back post from Antony’s cross broke their resolve, with Haller nodding in to put Ajax ahead before Klaassen tapped in with virtually the last kick of the game.