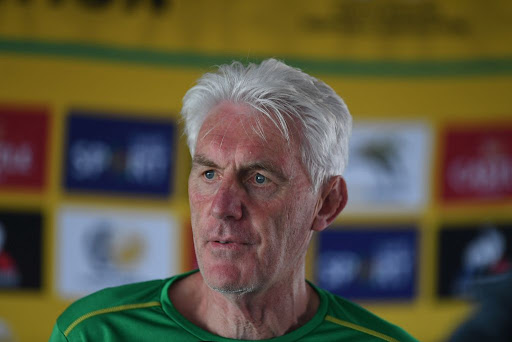 Despite the Ghana Football Association viewing their Qatar 2022 Fifa World Cup qualifier against Ethiopia at the Orlando Stadium as a disadvantage, Bafana Bafana coach Hugo Broos begs to differ.

Broos insists playing their match against Ethiopia at the Orlando Stadium on November 11 gives the Black Stars an unfair advantage.

Bafana defeated Ethiopia 3-1 at a bumpy pitch in Bahir Dar in October, and Broos wanted the Black Stars to grind the results at what he described as a ‘bad’ surface.

However, the world football governing body said the venue did not meet the requirements to host the qualifier against Ghana.

Ethiopia then requested Safa for permission to play their World Cup qualifier against Ghana at the Orlando Stadium.

“We played in a bad pitch and had to grind out the results. When I saw that pitch for the first time, I asked myself how they got the approval from Fifa. We worked hard to get the three points and I expected Ghana to do the same.

“But now it will be easy for them at the Orlando Stadium because it is a world-class facility. It is not fair play. Ghana will have it easy, while it was difficult for us. Playing in SA means they have an advantage,” said Broos Wednesday.