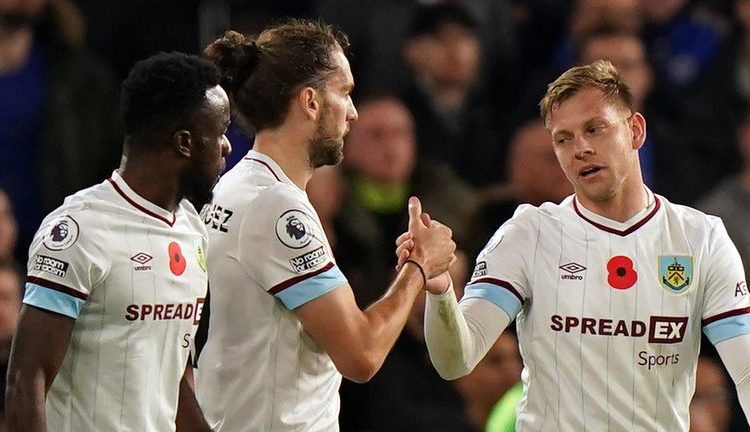 Premier League leaders Chelsea were made to regret missed chances as Matej Vydra rescued a point for Burnley.

Kai Havertz opened the scoring for Chelsea with a header from Reece James’ cross, only his second league goal this season.

That is the seventh Premier League goal that right-back James has been involved in in six starts this season.

The Blues could have scored a hatful with Thiago Silva’s header hitting the post, while Nick Pope saved well from Callum Hudson-Odoi in each half.

But Burnley levelled when Ashley Westwood whipped in a cross which Jay Rodriguez headed across to Vydra to stab home.

Chelsea are three points clear of Manchester City at the top of the table, while Burnley remain in the relegation zone.