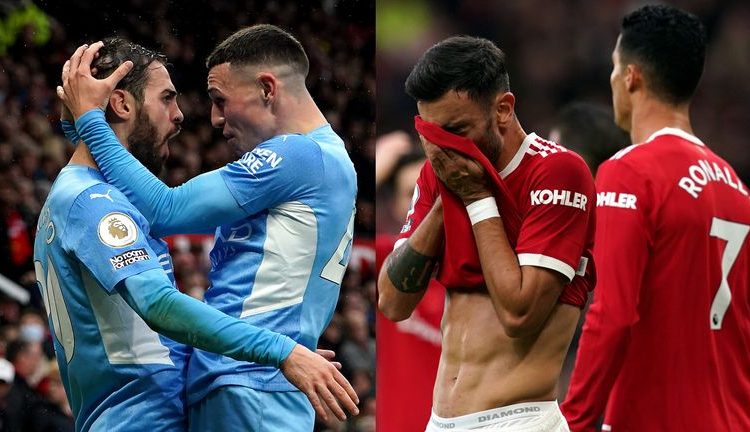 Eric Bailly’s early own goal set City on their way, with the United defender diverting Joao Cancelo’s cross into his own net.

Slack defending from Luke Shaw allowed Bernardo Silva to prod in the visitors’ second just before the break.

But for series of saves from United goalkeeper David de Gea, City’s winning margin could have been even greater.

The result sees Pep Guardiola’s side move up to second in the table and cut the gap on leaders Chelsea to two points prior to Saturday’s other fixtures.

United’s fourth defeat in six top-flight matches and a second consecutive loss at home to one of their greatest rivals increases the pressure on boss Ole Gunnar Solskjaer.