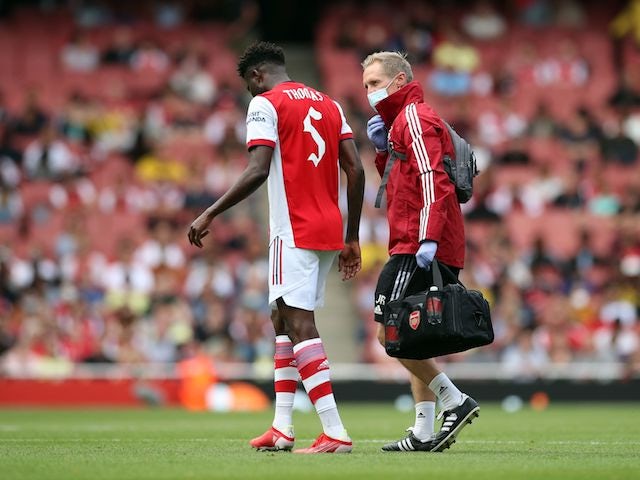 Arsenal midfielder, Thomas Partey, is a major doubt for Ghana’s remaining two World Cup qualifying matches against Ethiopia and South Africa after Arsenal manager Mikel Arteta said he was uncertain about how long the 28 year old will be out for after he picked up a groin injury.

Partey missed Arsenal’s 1-0 win against Watford on Sunday with a muscle injury and has become a major doubt for the qualifiers this weekend.

Mikel Arteta said, “Let’s see what happens with Tommy. He’s got a muscle injury and we don’t know how it’s going to evolve. Let’s take it day by day.”

Meanwhile, it is uncertain whether Partey will recover to join his Ghana teammates for the World Cup qualifiers against Ethiopia and South Africa this weekend.

As at Monday November 8, when Ghana opened camp in Accra, Partey had yet to join his teammates, with the Black Stars expected to fly out to Johannesburg on Tuesday evening for the Ethiopia game on Thursday.

The team will return to Ghana to face South Africa in the final qualifying match on Sunday November 14, 2021.