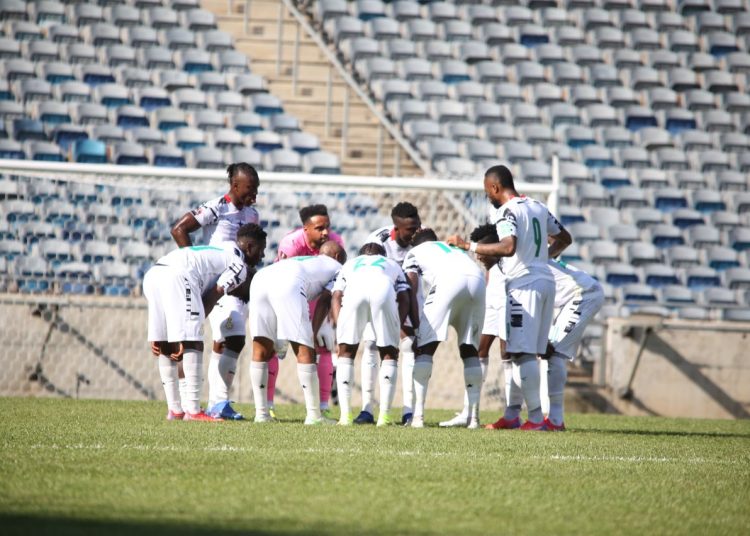 The Black Stars of Ghana were held to a 1-1 draw by by Ethiopia in their penultimate round of matches in the 2022 FIFA World Cup qualifiers at the Orlando Stadium in South Africa.

Captain Andre Ayew’s first half goal, his 21st in 99 appearances for Ghana, had given Milovan Rajevac’s men the lead, but a sloppy performance in the second half was punished when Getaneh Kebede fired home the equalizer following an error by defender Joseph Aidoo.

Though the win has taken Ghana level on points with group leaders South Africa who play Zimbabwe later, Rajevac’s men will now need to beat the Bafana Bafana by a handsome score line to secure qualification to the last round.

Here’s how the players rated in the draw against Ethiopia:

Decent. Not much he could do about the goal. He saved his defense many times in the second half when unforced errors led to shots on target.

Yiadom was poor throughout the game. Offensively, he offered nothing, and was defensively poor. Was constantly targeted by the Ethiopian attack.

Not the most convincing display from the Leicester City man. As the most experienced member of the backline, his leadership was questionable as the defense made mistake after mistake.

Jittery throughout the entire match. Never looked settled. He was at fault for the goal Ghana conceded, and could have done much better overall.

Did not provide much of his trade mark forward runs. Looked okay for the most part but not spectacular.

His poorest game in a Black Stars shirt so far. Largely over elaborate when a simple pass could suffice most of the time. Misplaced some decent passes and his all round decision making was below par.

Tasked with the defensive duties among the midfield, he was decent for the most part but at times, careless passing gave possession back to the Ethiopians too easily.

Worked hard as usual but his lack of confidence is worryingly telling. Should have taken some shots, instead, opted to pass.

Had great moments in the game, especially in the first half. Fizzled out in the second half, especially after a reckless challenge on him.

A poor return to the national team for the Beitar Jarusalem man. Was rarely involved in the play and the only decent chance that fell to him towards the end of the first half, he missed it.

He was expected to bring some stability to the midfield, he did not. His heavy pass contributed to Aidoo’s mis-control that led to the Ethiopia goal.

He was very lively when he came on. Perhaps deserved more minutes.