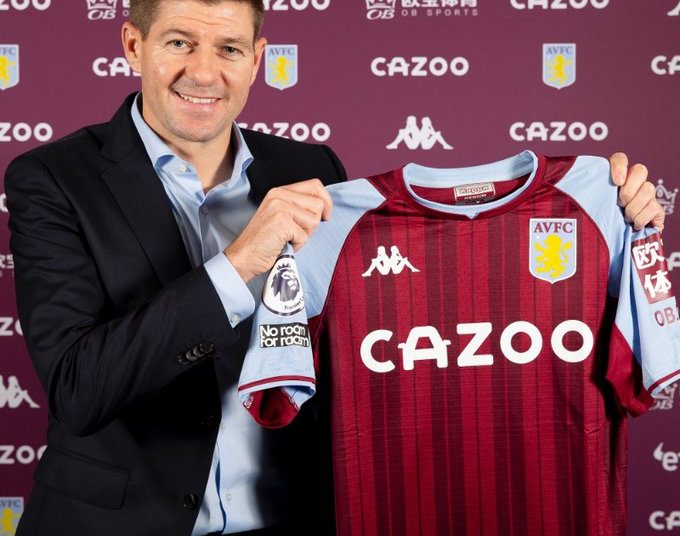 The former Liverpool captain, 41, leaves the Scottish champions having guided them to a first league title in 10 years last season.

Gerrard replaces Dean Smith, who was sacked on Sunday after a run of five successive defeats.

Villa are 16th in the Premier League, two points above the relegation zone.

“Aston Villa is a club with a rich history and tradition in English football and I am immensely proud to become its new head coach,” said Gerrard.

“In my conversations with Nassef [Sawiris], Wes [Edens] and the rest of the board, it was apparent how ambitious their plans are for the club and I am looking forward to helping them achieve their aims.”

Aston Villa Football Club is delighted to announce the appointment of Steven Gerrard as our new Head Coach. 🟣