GPLwk3: Kotoko make it 3 wins out of 3 with victory over Bibiani Gold Stars 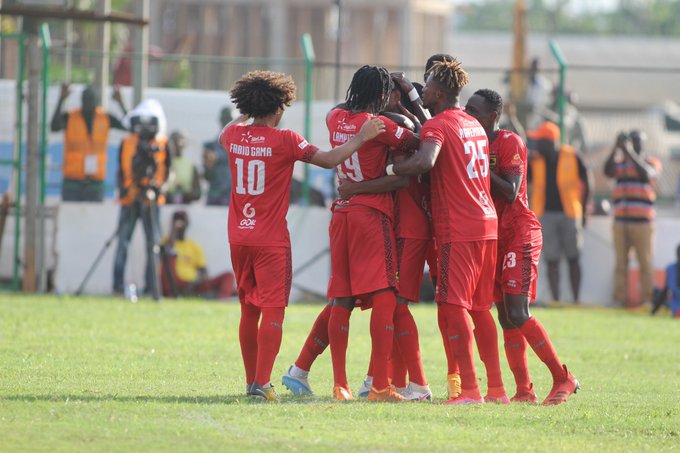 Kumasi Asante Kotoko continued their impressive start to the 2021/2022 Ghana Premier League season with a 1-0 win over newcomers, Bibiani Gold Stars at the Bibiani Dunes Park.

Isaac Oppong’s second-half stunner was the difference in a tightly-fought contest between the two sides.

After impressive performances against Dreams and Bechem United, Oppong impressed yet again, extending his goal contributions to five, scoring two and assisting three, just three games into his top-flight debut.

This is Bibiani Gold Stars’ first defeat of the season after they failed to convert their chances in the first half.

The result leaves Kotoko at the top of the table with 9 points while Bibiani might drop from the 6th position after the weekend’s round of games.