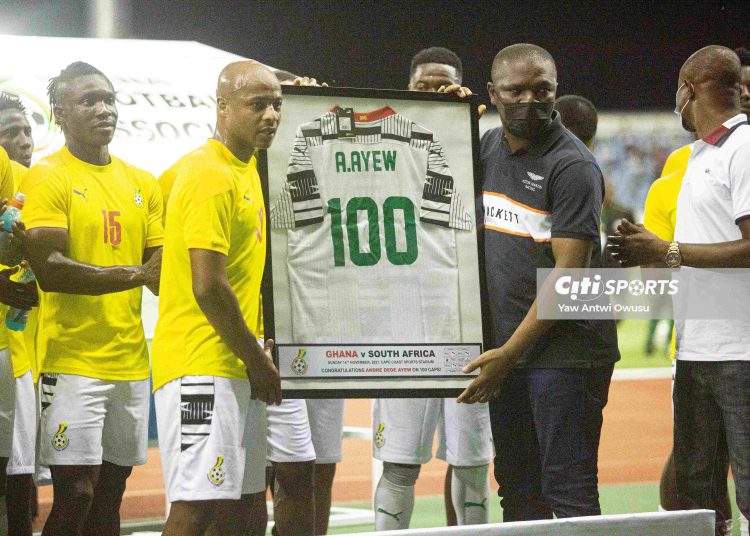 Captain Andre Ayew has been honored on his 100th appearance for the Ghana national team.

Ayew, 31, made his Black Stars debut in a friendly match against Senegal in August 2007 and has become a mainstay in the team for the past 14 years.

After being named in the Starting XI for the crucial 2022 World Cup qualifying match against South Africa in Cape Coast, Ayew officially played his 100th game for the national team.

To recognize the milestone, the Minister for Youth and Sports, Mustapha Ussif, presented Ayew with a plaque and a trophy before kick off in Cape Coast.

The Al-Sadd forward is now second in the all time appearances for Ghana, only behind Asamoah Gyan (109).

Ghana must beat the Bafana Bafana to secure a place in the last qualifying round for Qatar 2022.