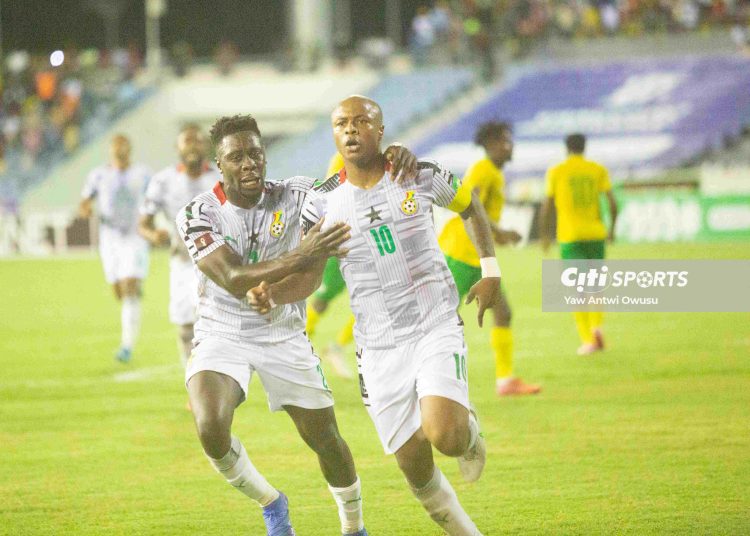 The Black Stars of Ghana secured a place in the last round of qualifiers for the 2022 World Cup with a 1-0 victory over the Bafana Bafana of South Africa at the Cape Coast Stadium on Sunday night.

Andre Ayew’s penalty, his 22nd goal for the Black Stars on his 100th appearance, gave Milovan Rajevac’s men all three points and took them top of Group G on goals scored, having been level with the South Africans on points and goal difference. 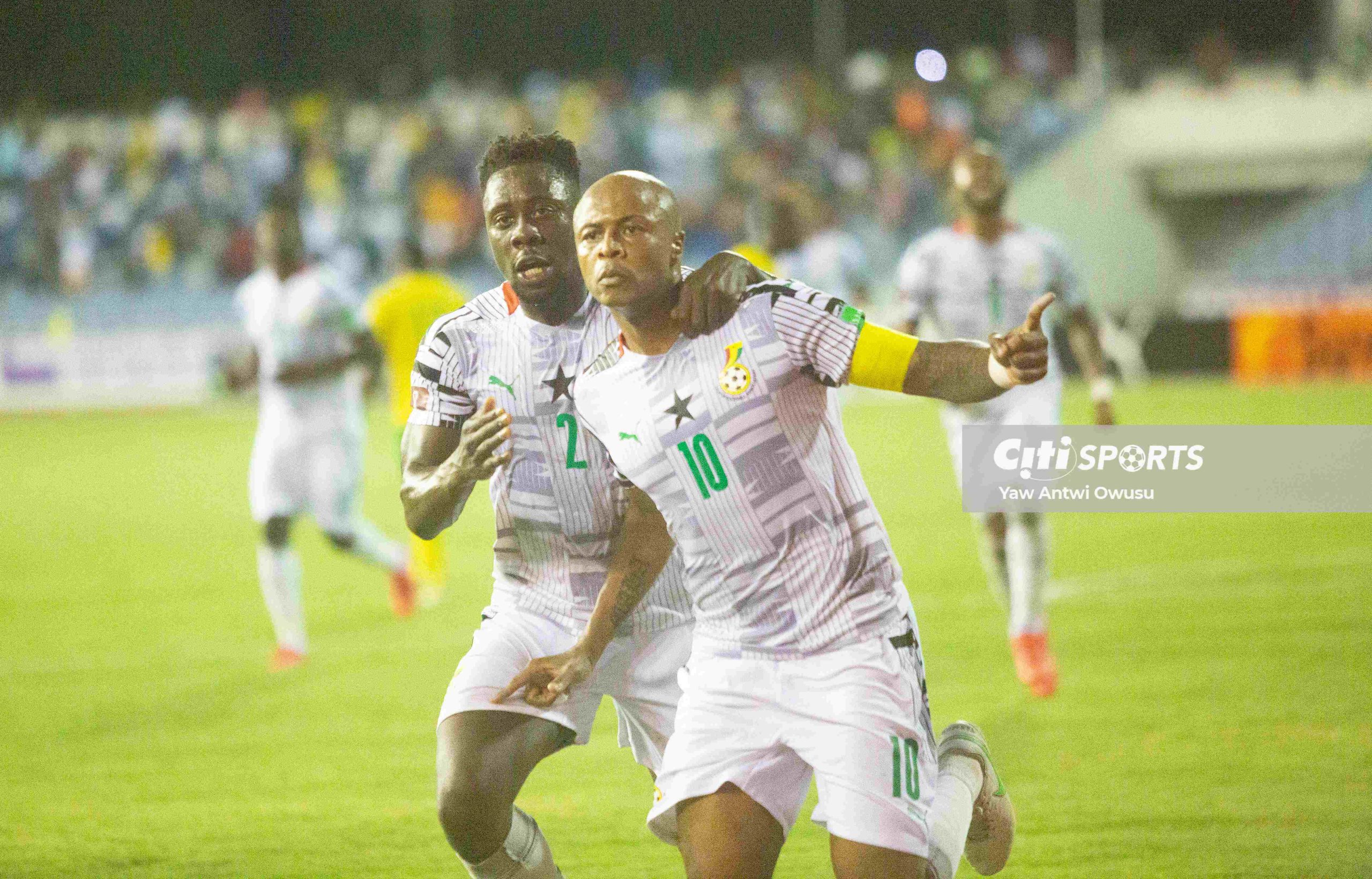 After two minutes, Kamaldeen did well to win back possession in midfield, squares it to Kudus, who finds Andre Ayew on the right but after the captain’s pass is half cleared, Mubarak Wakaso fired through a sea of bodies but the ball goes just wide.

On 12 minutes, Kudus Mohammed’s night came to a premature end after he picked up an injury. He was replaced by Kofi Kyereh.

Moments later, Jordan Ayew did brilliantly to create an opening for himself and then roared towards goal, but instead of crossing, he opted for the shot at the near post, which inexplicably went wide. His appeals for penalty, waved away.

It didn’t take long for Ghana to get their next chance, this time, it fell to substitute Kyereh who broke free from the South African defense and sprinted towards goal, one on one with the goal keeper, he fired his shot over the bar.

All this was inside 20 minutes.

Ghana finally had their goal and it came from the man for the big occasion, Andre Ayew through the penalty spot.

Following a corner kick, Daniel Amartey was brought down during a tussle and the referee pointed to the spot.

On his 100th appearance, Ayew stepped up and sent the goalkeeper the wrong way for his 22nd goal for the Black Stars.

Ghana went into the half time break with their noses in front.

Back from recess, Ghana continued where they left off, dominating play, creating chances and missing them.

Jordan Ayew fired a free kick straight at the goalkeeper before the Bafana Bafana began to warm themselves into the game as Ghana retreated to defend their one goal lead.

Percy Tau was tormentor in chief but the Ghanaian defense proved up to the task with brilliant blocks while goalkeeper Jojo Wollacott also saved from Tau.

Kamaldeen, who had had a relatively quiet game, came alive later on and delivered a decent ball into the box but the Ayew brothers both attempted the header, and Andre took it over the bar, furious that his brother hadn’t communicated his presence.

Kamaldeen then created a great chance for himself with a brilliant chop onto his left on the edge of the box, but with three Ghana players waiting in the box, he went for the shot which flew over the bar.

Moments later, Tau found himself on the other end after Alexander Djiku’s miscontrolled pass ceded possession to the South Africans. But Wollacott came off his line to guide the ball out for a goal kick with Tau under pressure from the recovering Djiku.

On 78 minutes, Ghana thought they had the lead when Kamaldeen beat the on-rushing South African goalkeeper, did well to keep possession amidst a barrage of Bafana defenders before seeing his long effort go agonizingly wide.

Coach Milovan Rajevac brought on Richmond Boakye-Yiadom late on but the game was won already as Ghana expertly managed the last 10 minutes to secure the win and join nine other African countries for a place in the last round of the African World Cup Qualifiers.