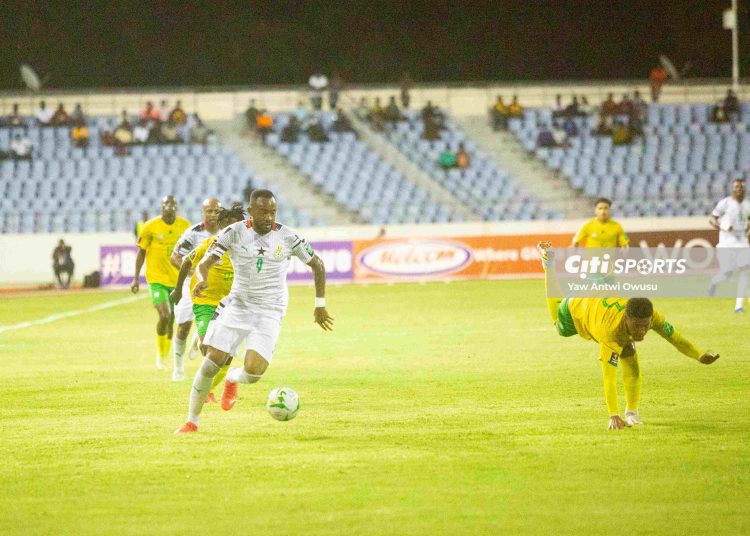 Jordan has come under scrutiny for his goal drought for Ghana, which dates back to November 2019, when he scored a penalty in the 1-0 win over Sao Tome and Principe in a 2021 AFCON qualifying match.

But the Crystal Palace forward delivered one of his best performances in a Ghana shirt, leading the line expertly throughout the match.

Andre scored the only goal of the game to send the Black Stars through to the last round of the African qualifying series but it was Jordan whose performance caught the attention of many including his senior brother and captain of the team.

Milovan Rajevac is here for his post-game presser along with Andre Ayew.

“To okay my 100th game today is something special. I thank God and all the fans who supported me through ups and downs. But I’m motivated to perform better because the challenge ahead is big” pic.twitter.com/xIMngKXr0v

Speaking to the media after the match, Andre was full of praise for the Crystal Palace attacker, claiming that had there been two of his kind on the pitch, the story would’ve been different for the Black Stars.

“Jordan was unbelievable in the game,” the senior Ayew said.

“Am I the only one who saw him to be Man of the Match? If we had two Jordans on the pitch, things would have been different,” Andre added.

WCQ2022: "Teamwork, unity and effort get us past South Africa"- Andre Ayew