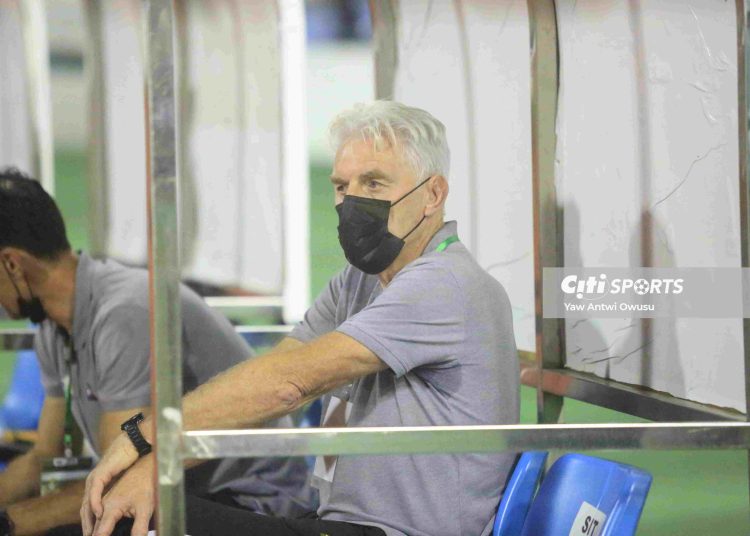 Head coach of South Africa, Hugo Broos, has hit out at Senegalese referee, Ndiaye Maguette, for tolerating  what he describes as ‘aggressive’ football by the Black Stars players in their crucial 2022 FIFA World Cup qualifying match played at the Cape Coast Stadium.

The Bafana Bafana came into the game with a 3 point advantage in Group G and needed to avoid defeat to qualify to the next round.

Ghana on the other hand, needed a win to book a ticket to the last round and got the three points, thanks to an Andre Ayew first half penalty.

But Broos was left unimpressed with the overrall performance of the referee, claiming he allowed the Black Stars to get away with too much aggression in the match.

“I congratulate Ghana but I congratulate my boys also because we played against a very aggressive opponent which the referee allowed,” Broos said after the game.

“I am very disappointed in the result but I’m proud of my players. But I have to say, the referee today allowed Ghana to be too aggressive.

“I have nothing against aggressive play but it has to be legal aggression.”

Meanwhile, the Belgian trainer shied away from commenting on the penalty awarded Ghana, insisting he did not see the incident.

“I couldn’t see it. I just saw Daniel Amartey go down. He went down many times during the game, but I didn’t see the incident. But I saw my players were surprised.”

2022 WCQ: "Only if we had two Jordans...he was unbelievable" - Andre Ayew heaps praise on brother