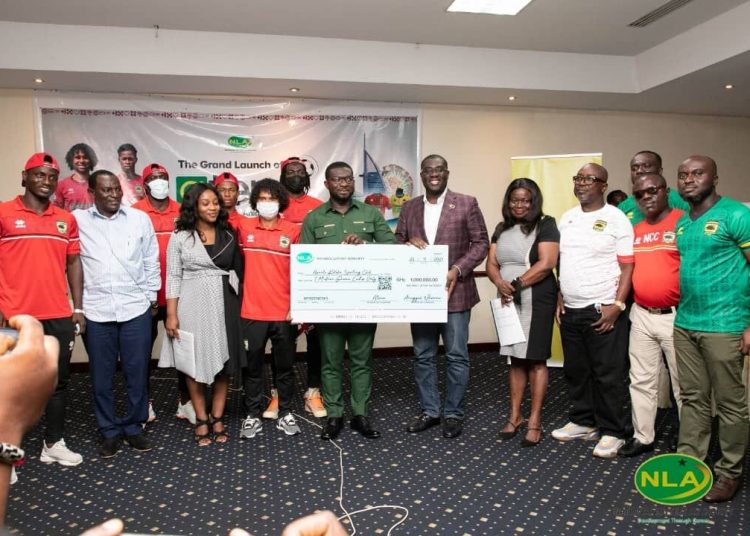 The Director-General of the National Lottery Authority (NLA), Mr. Samuel Awuku, and some top management members of the NLA together with the Management of Kumasi Asante Kotoko this morning 22nd November 2021 launched the partnership deal with the Kumasi-based club.

In August this year, after the appointment of Mr. Samuel Awuku as Director General, the Nana Yaw Amponsah-led Kotoko Management presented a partnership proposal to the NLA. 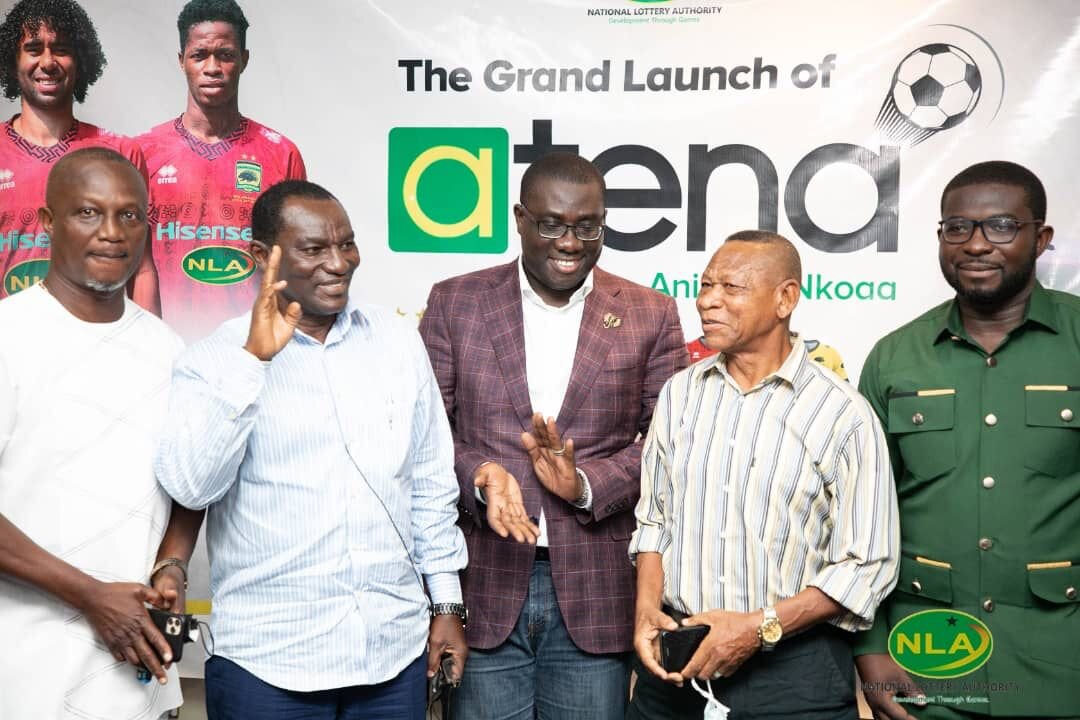 “After the appointment of my boss as Director-General NLA, Nana Yaw Amponsah and his management were the first to present a working proposal to the new Director-General.

“After our initial assessment, we thought that a major partnership with Kotoko makes economic sense so Mr. Awuku proceeded to the Board to get approval for the deal,” Mr. Goodfellow Dei Ofei recounted at the launch. 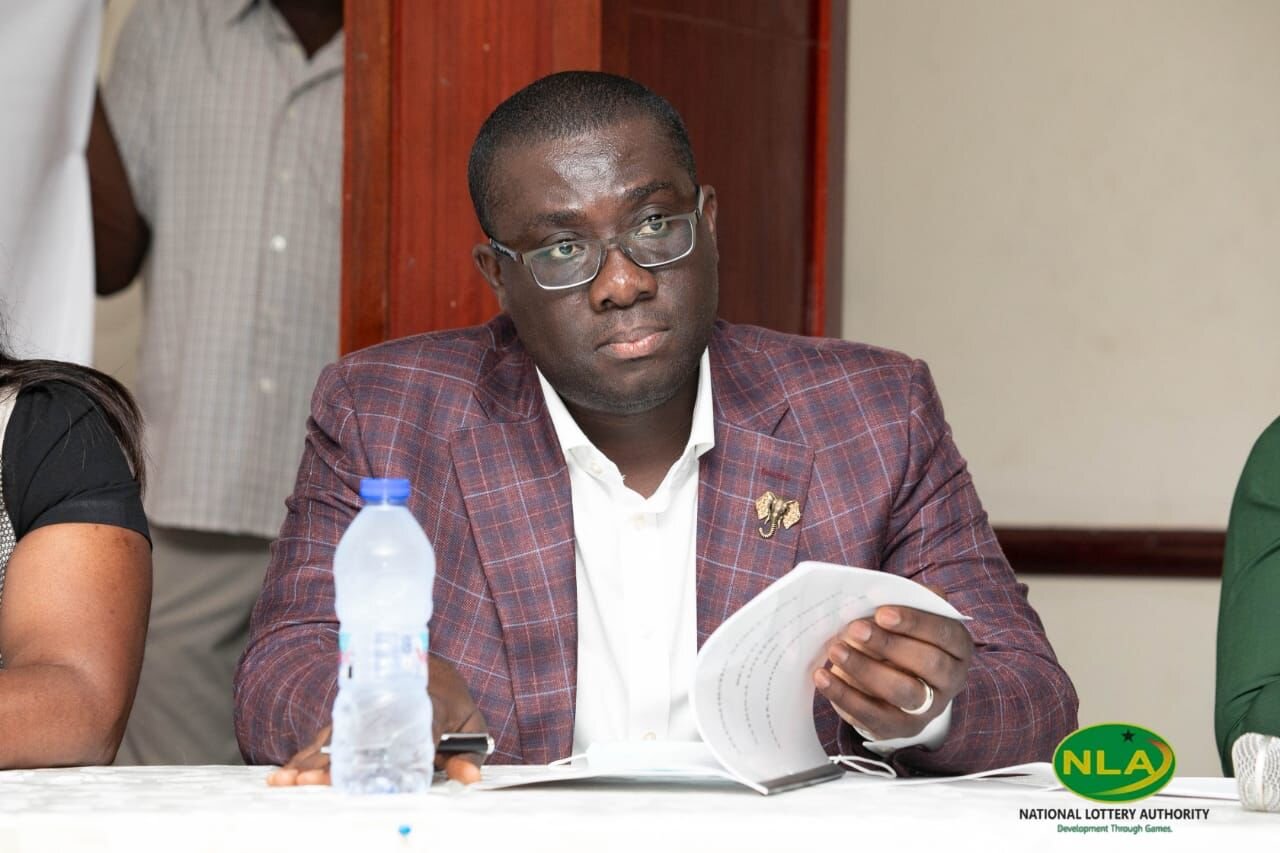 Speaking at the brief ceremony held at the Golden Tulip Hotel Kumasi to unveil the GHS 1 million sponsorship and the launch of the Atena game, Mr Awuku said: “I am happy that the NLA as it approaches its 60th Anniversary next year have partnered a club with the pedigree of Kumasi Asante Kotoko to introduce another innovation in the lottery and football circles as it sought to enter the digital space to reward the supporters and well-meaning Ghanaians. I thank the Life Patron of the club – Asantehene Otumfuor Osei Tutu II, Board & Management of the club for this wonderful partnership and I urge the fans of the club to patronize the Atena Game to rake in some revenue for the club” 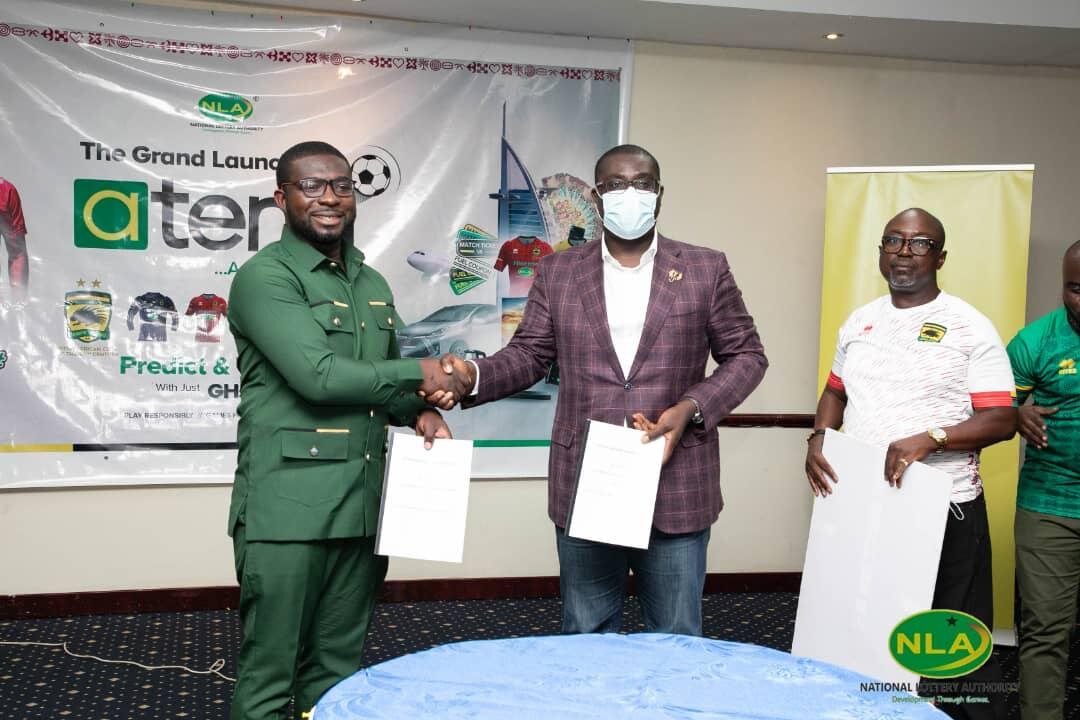 The NLA also used the occasion to unveil their new game called the Atena.

Explaining the mechanics of the Atena Game Mr Bernard Buamah the Head of Marketing and Caritas Platform of the National Lottery Authority said “we should all help bring back the love of Ghana football by supporting this novelty. One would have to predict 5 jersey numbers of the team to be drawn by dialing *780# to follow the prompts to enter the game. An entry cost’s Ghs 2.00 and there were no limitations to the number of times one could play.

“An interesting twist to this game was the opportunity of the NLA’s traditional lotto players to play this game at GHS 1.00 by entering their serial numbers on their lotto coupons before playing their selected jersey numbers. Prices to be won in this game included cash, electronic appliances, fuel coupons, replica jerseys, match tickets and grand prizes of a salon car and all expenses paid trip to Dubai”.