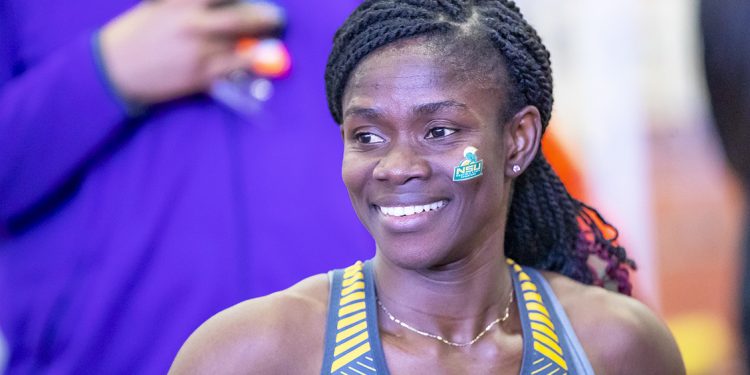 The Executive Committee (EXCO) of the Ghana Athletics Association (GAA) says their priority for their prodigal athlete, Martha Bissah, is to get her back into competitive races after almost a decade of absence from representing her country.

Bissah, 24, had been on suspension for the last six years for wrongfully accusing the GAA of extortion but was forced to apologize last week for peddling falsehood; an action which saw the suspension lifted.

A statement released by the Chief Executive Officer (CEO) of the GAA, Mr. Bawa Fuseini stated that the EXCO agreed that, it would engage Martha to fashion out the way forward in getting her back to competitive races.

The GAA also thanked the 800m Youth Olympic gold medalist for taking a bold and decisive step to render an unqualified apology that had finally brought closure to her indefinite suspension.
The statement also expressed the GAA’s gratitude to the Sports Minister, Mustapha Ussif for how he handled the issue and also thanked the Director-General of the National Sports Authority (NSA), Prof. Peter Twumasi, for his intervention which they believed, the GAA would not have reached an amicable conclusion.
Bissah, Ghana’s only Youth Olympic gold medalist accused the GAA of extortion while working on a scholarship for her to study in the USA. This came after her excellent performance at the 2014 Youth Olympic Games in Nanjing, China.
The 23-year old Bissah was suspended indefinitely in 2016 by the GAA for indiscipline and bringing the name of the association into disrepute with false allegations.
For the ban to be lifted, the GAA demanded her to substantiate her allegations or render an apology which she and her guardians refused, insisting she spoke the truth.
However, after over five years, the athlete through the Director-General of the National Sports Authority (NSA) rendered an unqualified apology to the GAA and Prof Francis Dodoo, the former President of the GAA.
ShareTweetSend
Previous Post