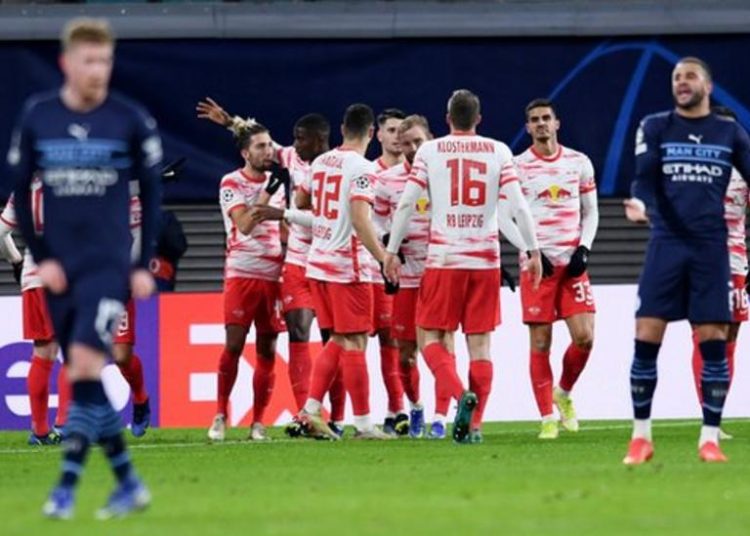 Manchester City ended their Champions League group campaign with defeat by RB Leipzig in a match played without fans because of Covid-19 restrictions.

Pep Guardiola opted to field a strong side, which included a first club start since 6 November for Kevin de Bruyne, despite last season’s runners-up having sealed top spot in Group A with one game to spare.

But the Premier League leaders finished the six-match group stage without a clean sheet after Hungary midfielder Dominik Szoboszlai and Portugal forward Andre Silva scored for Leipzig, who parted company with their manager over the weekend.

City also finished with 10 men after Kyle Walker was shown a straight red card in the last 10 minutes for an unnecessary foul on Silva.

Szoboszlai had rounded keeper Zack Steffen to open the scoring before Silva, who had earlier been denied by City’s second-choice keeper, doubled the lead with a neat finish.

The visitors, who put six past Leipzig at Etihad Stadium in September, suffered a frustrating night at an empty Red Bull Arena with Phil Foden having a shot tipped on to the post before Riyad Mahrez reduced the deficit with a diving header.