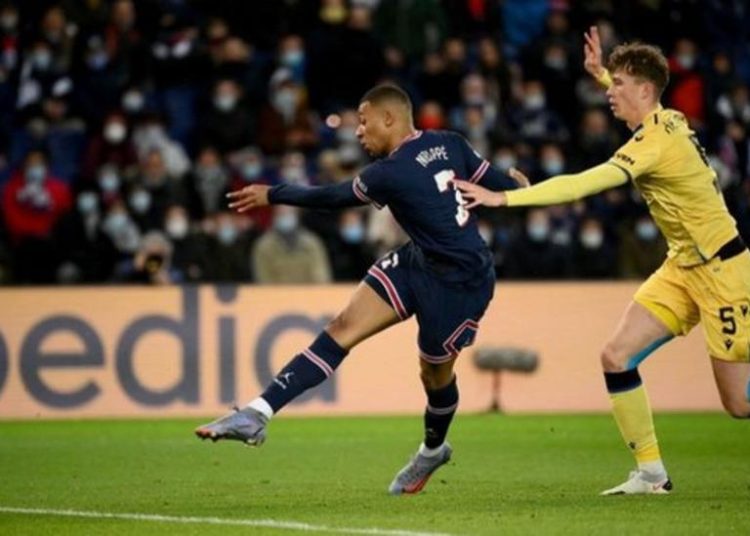 Kylian Mbappe became the youngest player to reach 30 Champions League goals as Paris St-Germain rounded off Group A with a win over Club Bruges.

The hosts were already guaranteed to qualify for the knockout stage in second place, behind Manchester City, while defeat sees Bruges finish bottom.

Mbappe all but put the game to bed inside seven minutes, scoring twice in quick succession for the home side.

Lionel Messi also scored twice either side of a Bruges consolation.

Mbappe’s first came after 72 seconds, firing into the bottom corner when goalkeeper Simon Mignolet palmed a cross into his path, before the France forward volleyed in from Angel di Maria’s clipped pass soon after.

That took him to 31 goals in Europe’s elite competition, passing the 30-goal landmark at the age of 22 years and 352 days to surpass Messi, who was 23 years and 131 days when he reached that target.

Mbappe then set up the man whose record he had just broken, though PSG’s third was a classic Messi dribble and finish.

The 34-year-old scampered to the edge of the Bruges box, shifted the ball on to his left foot and curled into the corner to score against a 38th different side in the competition, a joint-record alongside Cristiano Ronaldo.

Messi grabbed his second after Rits had responded for the Belgian side, slotting in from the spot after he was fouled for his fifth Champions League goal this season and 125th in total.