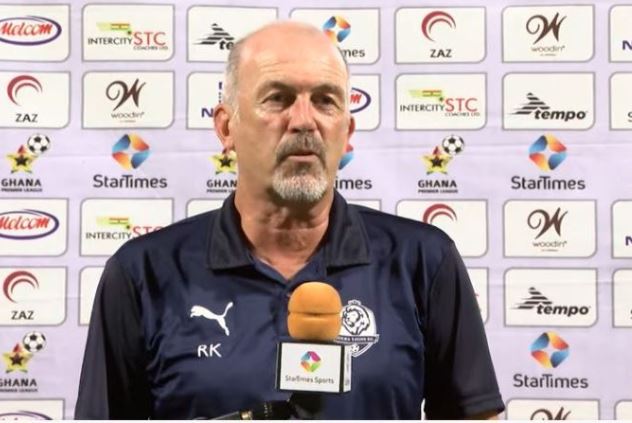 Ghana Premier League side, Accra Lions have announced the departure of Head Coach Rainer Kraft from the club, just six games into the 2021/2022 season.

The German trainer, who led the club to secure promotion to the Ghana Premier League, has left his role to return to his country for personal reasons.

The club made the announcement via their official twitter handle on Wednesday afternoon.

The Club can today announce that Rainer Kraft has left his role as Head Coach at Accra Lions. Mr. Kraft has been relieved from his duties to return to Germany for personal reasons. He will continue to assist the club as a Consultant. #yennyinaadea #accralions #GPL pic.twitter.com/JH4yzhtVz0

Assistant coach, James Francis has been named as caretaker boss in his absence.

“Rainer Kraft had a very successful spell in his two years as Head Coach of Accra Lions Football Club that was crowned with winning the Division One Championship and gaining the Ghana Premier League promotion this year,” Nana Obiri Yeboah, CEO of Accra Lions said.

“We are very grateful for everything he has done to develop our club forward and wish him well for the future.”

Accra lions are 11th on the Ghana Premier League table after 6 games.

2022 WC Qualifiers: Black Stars will deliver when it matters most – Kingston