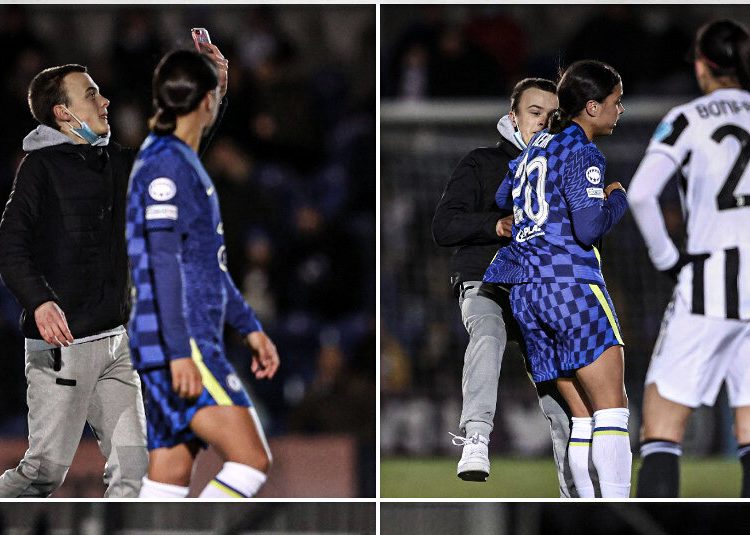 Chelsea Women forward, Sam Kerr has been a crucial part of the Blues successful run in the last couple of years.

The Aussie is usually a goalscoring force for Chelsea but in the Champions League on Wednesday, she was a different kind of force.

Chelsea’s tight match against Juventus was goalless heading into its closing stages when a man invaded the pitch, interrupting play.

He was told by Blues captain, Magdalena Eriksson to leave but the fan continued selfies. 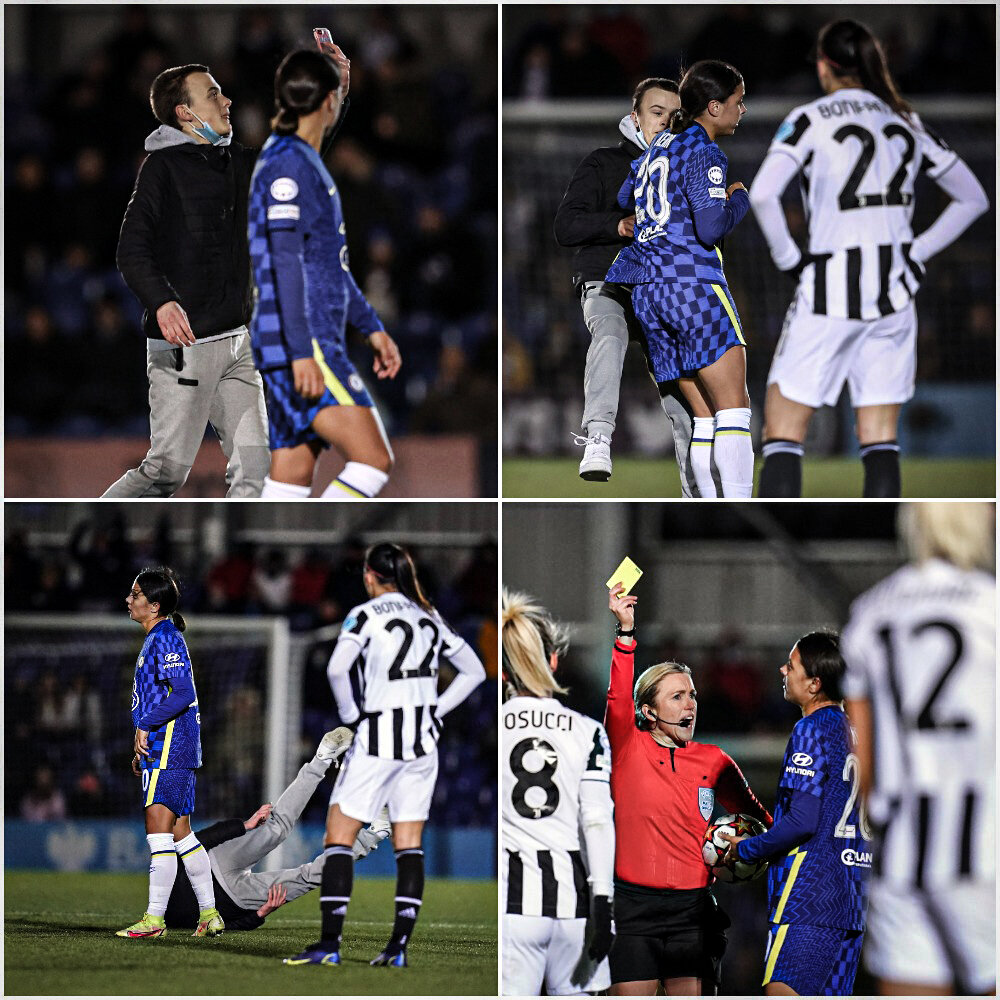 Apparently frustrated by the delay the pitch invader was causing, Kerr barged him over and he was chased off by the stewards.

The striker was booked by the referee.

After the match, Chelsea boss, Emma Hayes believes a lot more needs to be done to protect the players.

“We have seen in the growth of the game that there is this sense the players are more in demand,” said Hayes.

“So I think it should serve as a reminder to us all and the stadiums and stewards that we have to put player protection first.”

Sam Kerr could run through a brick wall I'm not convinced otherwise… pic.twitter.com/J6vQTRXHv6