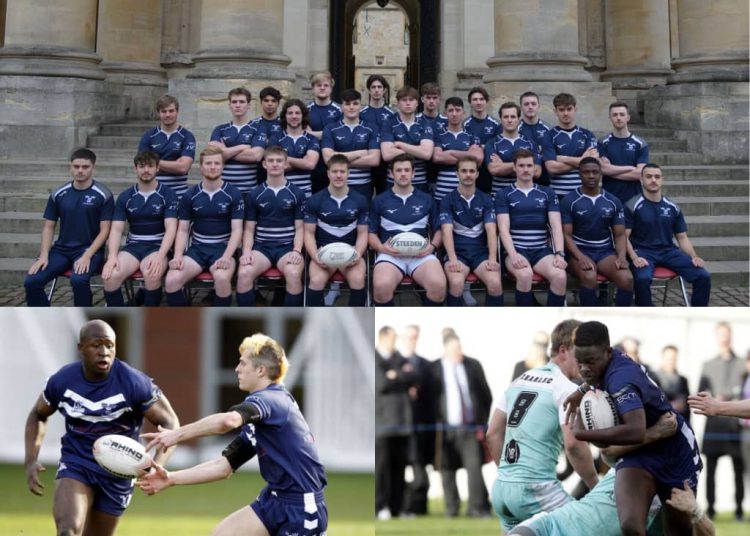 2022 is set to host yet another significant milestone for Rugby League Federation Ghana as the prestigious University of Oxford will be looking to send their Rugby League Club to travel to West Africa in the summer months. Oxford are the first team to visit Accra since the GB Pioneers in 2014, and will be the first true student rugby league touring side in the history of the game to compete in Ghana.

Now in their 45th year of existence, both the Blues 1st and 2nd Grade are currently enjoying a successful season in the British University & Colleges Sport Leagues with the highly anticipated Varsity versus Cambridge University slated post season. You would then, be forgiven for wondering how a club such as Oxford finds itself in the planning stages of touring a country that sits over 4000 miles and 2 continents away.

OURLFC President Joseph Grosvenor explains, ‘we saw the traction that the media coverage was getting for Rugby League in Ghana earlier this year, the National Team V the Presidents XIII and the success of the 1Jersey Project and decided to reach out to former Oxford and Ghana National Team back rower Abeku Nelson to see if we could link in. Our aim is to take a travelling party of 25 players and staff, assist with some community work and then have a 2-game series versus the Presidents XIII and the National side. Ultimately, we want to promote the great game of rugby league in Africa and highlight the values we have as a club’.

Former Ghana National Team and University of Oxford player Marcus-Alexander Amate Neil (who captained both sides) paid tribute to his former club stating ‘OURLFC is an outstanding set up, with the game being on the rise in Ghana and the need for support from those outsides of West Africa, this will go some way to developing the game on the ground. I’m looking forward to seeing how the physical match up unfolds more than anything.’

RLFG General Manager Jafaru Mustapha has highlighted the impact the tour will have and the hope for the future ‘2022 marks a decade since the arrival of Rugby League in our nation, and one space we are now ready to further develop is Higher Education. It is fitting then, that we will welcome Oxford to the University of Ghana to compete against both the Presidents XIII and the HANetf National Team. Our hope is to build a solid foundation for us to take forward and one day tour England on the return leg’.

With Abeku Nelson continuing his support of both teams, he will have a split allegiance come July as he joins the Oxford touring party, yet will be representing Ghana’s National side, and notes ‘I have an affinity to both groups, and know the importance of this tour to each. I do hope, based on the back of this tour, that more clubs see the growth of the game in Africa and look to head there for competition. I’ll be with Oxford off field, but 100% with Ghana on it.’