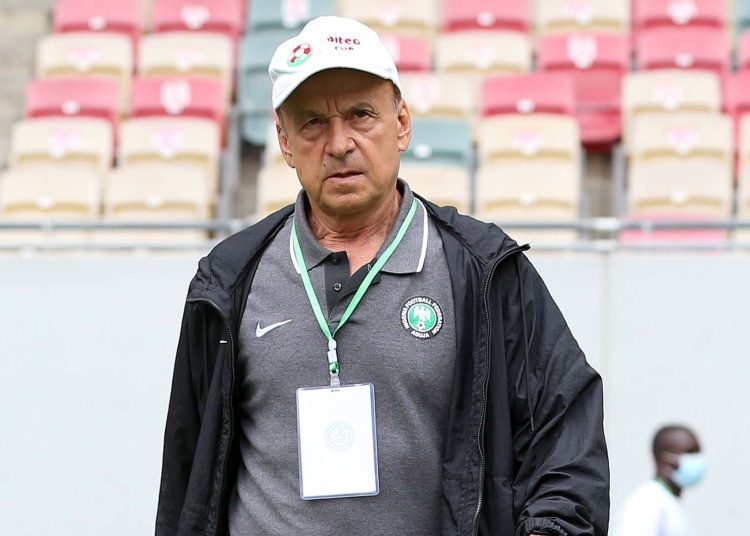 Gernot Rohr has been axed as Nigeria coach after five years in charge, with Augustine Eguavoen drafted in as an interim replacement.

This development comes a few weeks prior to the commencement of the 2021 Africa Cup of Nations finals – where the country will square up against Egypt, Sudan and Guinea-Bissau in Group D.

“The relationship between the Nigeria Football Federation and Mr Rohr has come to an end. We thank him for his services to the Super Eagles and Nigeria,” said NFF general secretary Mohammed Sanusi in a statement made available to the media.

“We also want to thank the Federal Ministry of Youth and Sports for their collaboration and guidance all through.”

Rohr was named as permanent manager of the three-time African champions in August 2016, following the departure of the Nigerian great Sunday Oliseh.

He won his first game in charge of the Super Eagles – defeating Tanzania 1-0 at the Godswill Akpabio Stadium in Uyo.

The German tactician led the country to the 2018 Fifa World Cup in Russia as well as the 2019 Africa Cup of Nations – where Nigeria finished third after defeating Tunisia in the third-place match.

In May 2020, he agreed on a two-and-a-half-year contract extension after the NFF reviewed his performances.

Before he was axed, the 68-year-old came under heavy criticism from Nigerians after the Super Eagles struggled but eventually advanced from Group C in the second round of the 2022 World Cup qualifiers.

The former Bordeaux coach currently has a record of 28 wins out of 54 matches with Nigeria and he is the most-capped coach in the national team’s history.

I want to become a two-time World Champion - Richard Commey