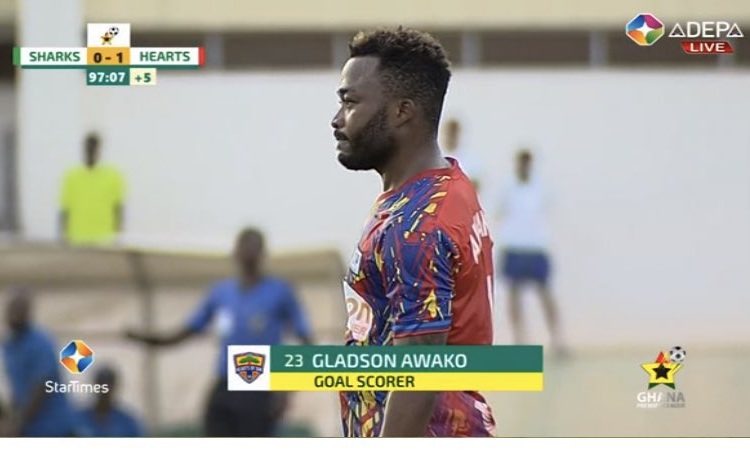 Midfielder Gladson Awako finally made his long awaited debut for Hearts of Oak, 111 days after signing for the club and made immediate impact, scoring the winning goal in the Phobian’s 1-0 win over Elmina Sharks.

The 30 year old came on as a 64th minute substitute for Enock Asubonteng and scored from long range to put the Hearts of Oak ahead in the 72nd minute and they held on for their first win of the season.

He later said in an interview a long running stomach upset had necessitated his leave of absence from the club.

SEE VIDEO OF AWAKO’S GOAL BELOW:

2021 was the best year of my career - Benjamin Azamati [VIDEO]