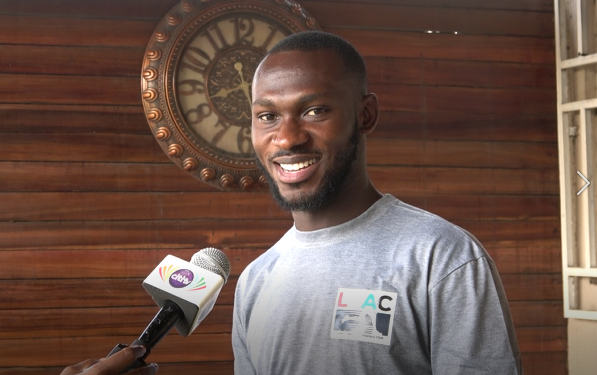 Ghanaian Olympic Sprinter, Benjamin Azamati has described the 2021 season as his best so far.

The 23-year Olympian old broke the national 100m record at the start of the year before following that up with another national record in the men’s 4x100m relays at the Tokyo 2020 Olympic Games.

Azamati who is now preparing for the Commonwealth games and the World Championship in 2022 believes his successes this year will set him on the right path for the future.

He spoke in an exclusive Interview with Citi Sports.

“The past season has been really good, when you take a look back, I think it has been my best season so far.” He said.

“I know it’s not my best yet but for now it has been good and it has been a season of records.

“So looking back, it has been a really good season for me and I think it will set me up for the upcoming season.” Azamati said.

The World Championships will take place from 15 July 2022 to 25 July in Oregon, USA,  before the commonwealth Games will begin three days later in Birmingham, England.

Find the full interview below: